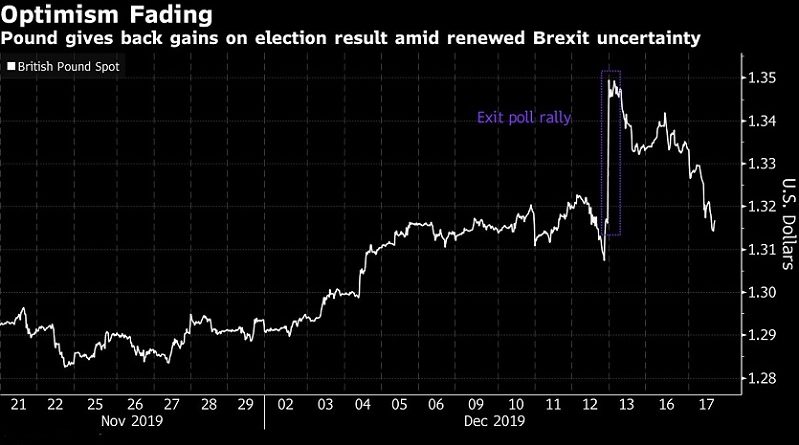 The pound remains under pressure, with its biggest decline since January after Boris Johnson announced a new Brexit deadline of December 2020 with or without a US-EU trade deal. This is seen as renewing fears of a chaotic exit from the Zone. It is this concern that has erased the earlier winning streak of pounds since the parliamentary elections.

In addition, money markets further reversed direction as the chances of Bank of England’s interest rate cuts in May 2020 jumped to 50%. For JPMorgan, the risk of no-deal Brexit remains at relatively high levels of 25% after the election.