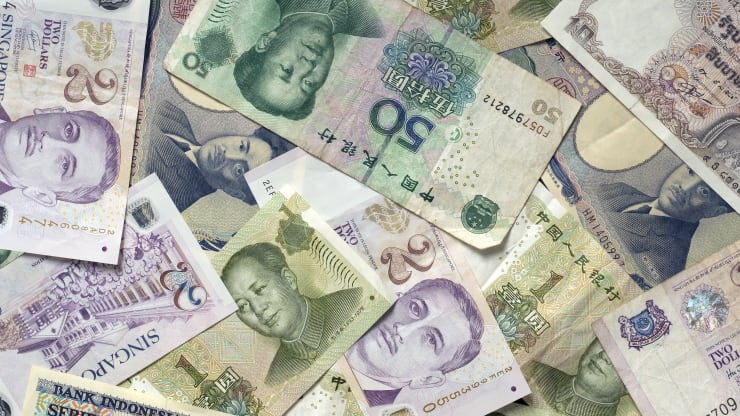 Asian currencies steadied their slide on Friday, as World Health Organization confidence in China’s response to a rapidly-spreading new virus tempered worries over a jump in infections.

The WHO said late Thursday that the coronavirus outbreak was a global emergency, but opposed travel restrictions and said China’s actions so far will “reverse the tide” of its spread.

Despite an increase in deaths and new cases, the WHO’s assured tone was enough to pause a rush to safety that has for two weeks pounded stocks and hammered currencies and commodities exposed to China.

Antipodean currencies, which have borne the brunt of selling among the majors, were soft but steady by the Asian afternoon.

Both have shed more than 1.5% this week and the Aussie has dropped 4.3% this month, leaving it poised for its worst month since May 2016.

“Aussie and kiwi are what I’ve called the whipping boys, if you like, for expressing concern about the spreading of the virus and its potential global economic ramifications,” said Ray Attrill, Head of FX Strategy at National Australia Bank.

The beneficiaries have been the dollar and the yen.

The yen has added 3.2% against the Aussie in the 10 days since concerns about the virus began roiling markets. Against the Korean won, the yen has gained nearly 4% amid a broad exit from emerging markets’currencies.

In Thailand — heavily exposed to Chinese tourism — the baht, which has stubbornly resisted months of jawboning and policy easing from the central bank, has shed 4% for the month.

Investors are waiting for details about the virus itself, and for signs of a slowdown in its spread in order to judge its likely human and economic costs.

In the absence of that information, many are looking to the experience of the Severe Acute Respiratory Syndrome (SARS) outbreak in 2002-2003 for guidance.

This time, however, the number of cases has already exceeded the 8,000 logged during the SARS crisis, the official response has been far more drastic and China’s share of the world’s economy is four times larger.

Some 60 million people in the epicentre of the outbreak, Hubei province, are living under virtual lockdown. Several global airlines have stopped flying to mainland China and economists are slashing their forecasts for Chinese growth.

“We think the impact will be particularly frontloaded and likely larger than that of the SARS outbreak,” BNP Paribas economists said in a note warning that the current quarter’s year-on-year growth figure in China could come in below 5%.

“We do not know exactly how the situation will evolve over the coming days, weeks and months and therefore what the duration of the shock will be.

“The risks appear skewed to the downside, with scope for potentially harmful mutations of the virus due to a large (and rising) number of infected individuals.”

Separately, relief the Bank of England held rates steady sent the British pound up 0.7% to a week high. Britain’s market watchdog, however, is investigating the move because it began just before the bank’s announcement.