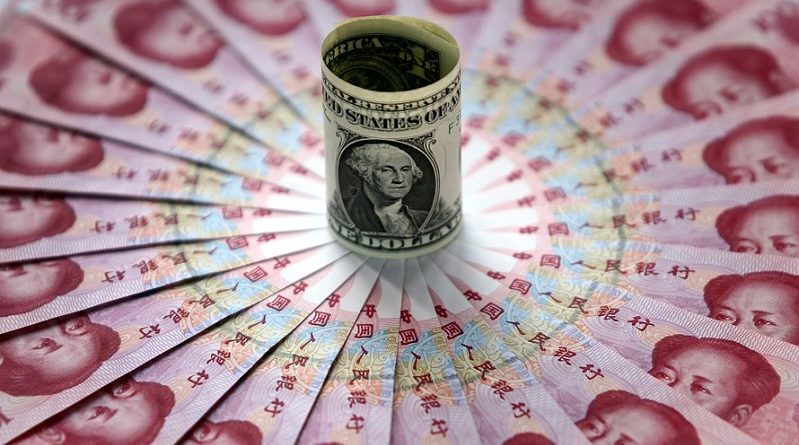 China is heavily exposed to the U.S. dollar, but now, with the risk of “decoupling,” Beijing is silently diversifying its reserves to reduce its dependence on the world’s largest reserve currency, analysts say.

Ongoing trade tensions with the U.S. has “increased the risk of a financial decoupling” between the two largest economies, ANZ Research said in a recent report. The White House reportedly considered some curbs on U.S. investments in China such as delisting Chinese stocks in the U.S.

Beijing will therefore manage its risk by diversifying its foreign exchange reserves into other currencies, ANZ predicted, as well as build up its “shadow reserves.”

“Although China still allocates a high share of its FX exchange reserves to the USD … the pace of diversification into other currencies will likely quicken going forward,” ANZ says in the report, adding that the share of the dollar in the country’s foreign exchange reserves was estimated to be around 59% as of June.

Although the exact allocation of China’s foreign exchange reserves in different currencies isn’t known, ANZ told CNBC it believes those would include the British pound, Japanese yen and euro.

Meanwhile, Beijing is gradually reducing its holdings of U.S. Treasurys, which it is heavily invested in — China was the largest foreign holder until June, when it was surpassed by Japan. Since peaking in 2018, China has reduced its holdings by $88 billion in the last 14 months, DBS said in a note.

According to data from the U.S. Treasury department, China held $1.11 trillion of U.S. debt in June.

At the same time, Beijing has been going on a gold buying spree, with its official gold reserves holding at record levels of 1,957.5 tons in October.

Chinese companies are also highly exposed to moves in the greenback, said Pinebridge Investment’s global economist Paul Hsiao, who pointed out the country reportedly has more than $500 billion in foreign corporate debt.

“Much of that is in US dollars, which can be a problem for Chinese corporates,” said Hsiao in an email to CNBC, explaining that occurred during the height of the U.S.-China trade war, when the greenback appreciated “significantly” against the yuan. That caused many Chinese firms to sell their assets as many of their liabilities are still denominated in the dollar, he explained.

“Diversifying its currency holdings, in a way is very much in line with the recent political moves of the Xi administration to focus on China’s trade relationships beyond just the United States. China and, more broadly, the Asian region is still highly exposed to movements in the US dollar,” Hsiao said.

One other big way China could manage that risk is by building up other forms of assets — what ANZ called its “shadow reserves.”

“In fact, we believe that the Chinese government has already discreetly diversified its offshore portfolios to include alternative investments,” the ANZ report said.

In recent years, Beijing has been increasing its stakes in alternative investments, and much of that is through several investment vehicles such as its state-owned companies and banks, as well as through funds co-managed with other countries, according to an ANZ analysis.

Those investments include equities, as well as issuing loans via its state-owned banks — especially for its mammoth Belt and Road initiatives, according to the analysis.

China’s State Administration of Foreign Exchange (SAFE), which manages China’s foreign reserves, has four investment entities: Huaxin in Singapore, Huaou in London, Huamei in New York, and Hua’an in Hong Kong. They are reportedly affiliated with other offshore entities which invest in equities, according to the report.

Funds it has invested in include the China-Africa Development Fund, as well as the China-LAC Cooperation Fund — which finances projects in the Latin America and Caribbean regions. Beijing has been increasing its shares in those funds, or injecting more capital in regional banks. It has also been swapping loans to equity, according to the ANZ report.

“These offshore investments, called China’s shadow reserves, amounted to USD1.86 (trillion) in historical value as of June 2019,” said ANZ in the report.

As of July, its total foreign exchange reserves stood at around $3.1 trillion.

“SAFE has now adopted a highly risk averse strategy in managing the USD 3.1 (trillion) reserve base and diversification will help it reduce risk on its reserve portfolio,” said Siraj Ali, chief operating officer of AJ Capital.

A larger global role for the yuan

The U.S. dollar is currently the world’s “reserve currency” — about 58% of all foreign exchange reserves in the world are in U.S. dollars, according to the IMF, and about 40% of the world’s debt is denominated in dollars.

“The global financial system is highly U.S. dollar-centric and the larger economies, including China and the euro area, have been keen to move to a multi-polar reserve currency world,” S&P Global Ratings’ APAC chief economist Shaun Roache told CNBC in an email.

“For China, this would help reduce reliance on U.S. dollar financial conditions and, over time, provide more room for the renminbi to play a larger global role,” he added, referring to the yuan’s other name.

The world’s second-largest economy has been pushing for greater, more globalized use of the yuan.

Efforts are likely to continue to reduce the world’s reliance on the dollar, said Roache. That would include denominating commodity contracts in currencies other than the dollar, and diversifying reserves, he said.