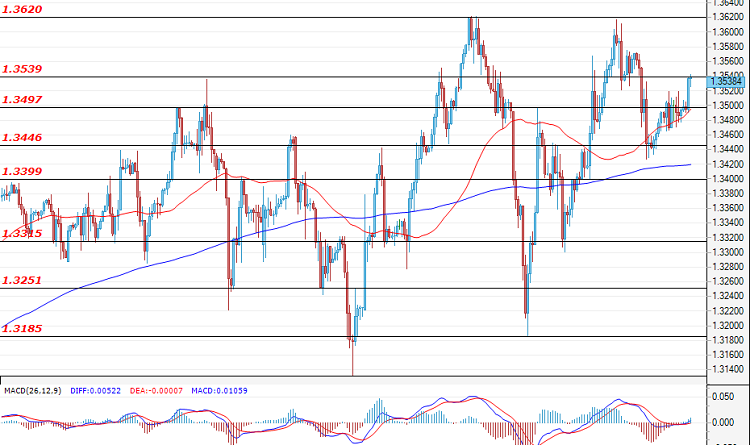 The single European currency continues to gain ground against the US dollar. This is mainly due to the improving fundamentals behind the European economy and, on the other hand, due to the continuing depreciation of the dollar because of the unprecedented monetary and fiscal stimulus in the US. At the time of writing the analysis, the euro is trading around $1.2285 and the expectations for the future move of the common currency against the dollar remaining positive for reaching and testing the resistance zone at 1.2400. The first significant support for the currency pair, in the case of a bearish predominance, would be the 1.2161 level. Today, it is possible to witness a short-lived sell-off towards the first support at 1.2206 which should be considered as a corrective phase.

After limiting the drop of the currency pair down to the support level at 103.27, we can assume that the range-bound movement continues, and at the time of writing neither the bulls, nor the bears manage to gain the upper hand and push the movement outside the mentioned channel. If the depreciation of the US dollar continues, a very likely scenario would be one in which the bears take control and manage to test the support zone at 103.01. This, in turn, could sour the sentiment and lead to a test at the not so distant level of the larger time frames at 101.20.

At the time of writing, the Cable is trading at 1.3538, which marks the recovery after the sell-off down to the support level at 1.3446 reached in the first trading session after the Christmas holidays. The downward movement can be considered as a corrective phase, should the pound manage to overcome the minor resistance at current levels. This would help the bulls to attack the peak at 1.3620 once again. There is no upcoming economic news that would affect the mood of investors this trading week.