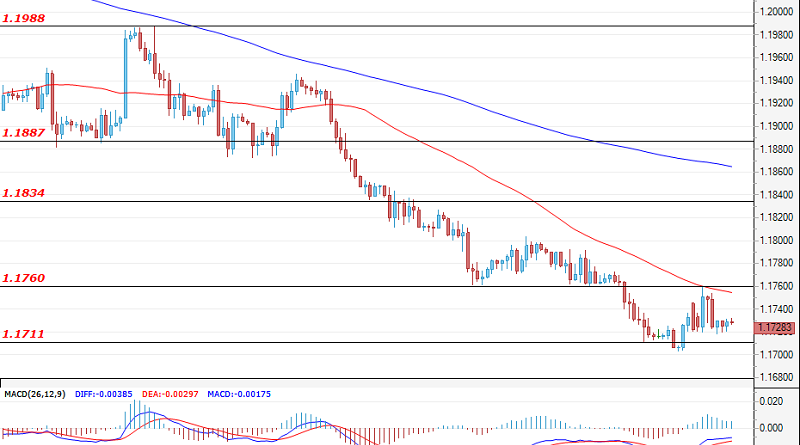 The common european currency’s depreciation against the dollar was stopped by the support at 1.1711 and the expectations are for the pair to enter a correction phase and test the resistance level of 1.1760. In case the test is unsuccessful, then the downtrend would be restored and the pair would head towards a test of the aforementioned support level of 1.1711. Today, investors will focus on the U.S. initial jobless claims data (12:30 GMT).

The dollar continues to appreciate against the yen after the USD/JPY violated and managed to stay above yet another resistance level – the one at  110.60. The expectations are for the pair to test the psychological level of 111.00 after a short consolidation phase. In the negative direction, the first important support is found at 110.16.

The Cable is headed for a test of the resistance level of 1.3797 which, if successful, would further deepen the corrective move. It, however, should be limited by the main resistance level of 1.3990. In the negative direction, the first important support is found at 1.3671. Today, investors’ attention will be drawn to the data on the manufacturing PMI for the United Kingdom (08:30 GMT).

Gold price ended yesterday with clear positivity after confirming breaching 1692.00, and we believe that the way is open to continue the rise to visit the bearish channel’s resistance at 1727.00, making the bullish bias suggested in the upcoming sessions, being aware that it is important to monitor the price behavior when reaching the mentioned level due to its importance to detect the next destination.

Note that breaching 1727.00 will push the price to turn to rise and achieve additional gains that reach 1765.00, while holding against the current rise will lead the price to resume the main bearish trend that its targets begin at 1692.00 and extend to 1665.00.