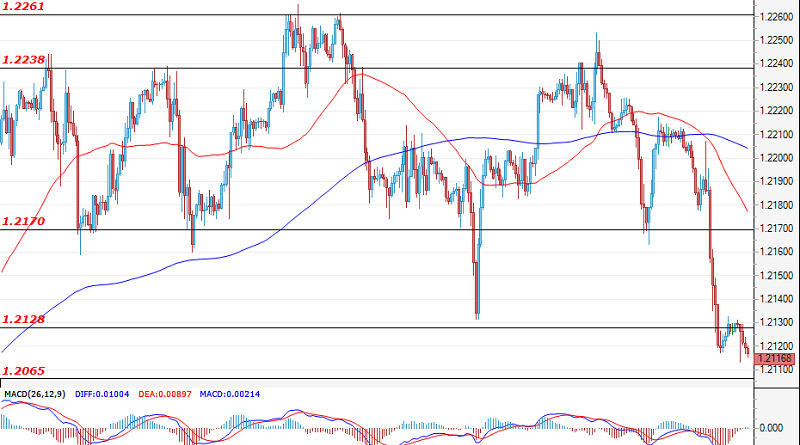 During yesterday’s trading session, the euro lost quite a bit of its value against the dollar as the support at 1.2128 was breached. A short-term downward correction followed and the mentioned level, which is already acting as resistance, was tested, but not breached. The downward trend is forecasted to continue, with the first important support being 1.2065. Today, investors’ attention will be drawn towards the data on the non-farm payrolls changes for the United States (12:30 GMT).

After the formation of a double top at 1.4240, the pair started a downhill slide and this trend is projected to continue. The current levels at around 1.4100 are acting as a support zone. Should this zone become breached, the pound should continue to lose its value against the greenback and the pair will most likely focus on a test of the next important support at 1.4035. The critical level of resistance is the mentioned double top at 1.4240.

Gold price faced strong negative pressure yesterday after breaking 1894.20 level, to touch the bullish channel’s support line at 1855.00 and begins to rebound bullishly from there, and according to the trading rules inside the channels, the price is on its way to start new bullish wave that targets visiting 1922.00 areas mainly.

Therefore, we suggest witnessing more rise in the upcoming sessions, supported by stochastic positivity, taking into consideration that breaking 1855.35 will stop the positive scenario and press on the price to achieve more bearish correction.