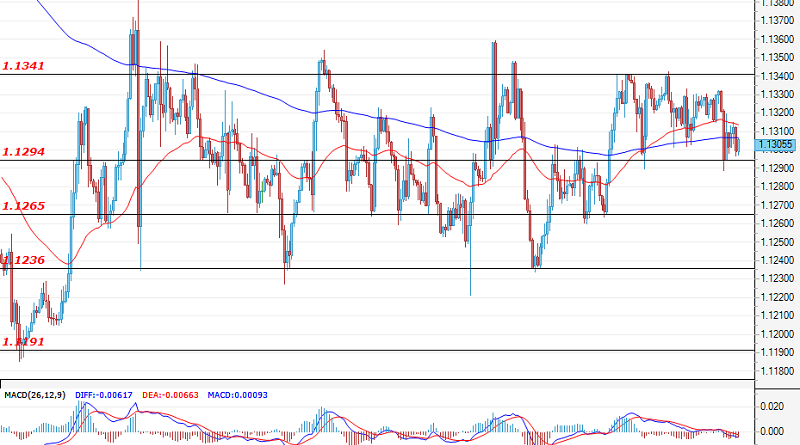 The market continues to trade without a clear direction and, so far, the bulls are failing to overcome the resistance zone between 1.1340 and 1.1360. The first local support for the pair is 1.1294, followed by 1.1265. The main support remains the lower limit of the range at 1.1236. If the trade stays above 1.1294, then it is possible that the bulls will try a new attack on 1.1340. If this zone is cleared, then a rally towards 1.1500 would also be possible. In an alternative scenario in which the bears dominate the market, we can expect a test of the zone at 1.1190 coming from the highest time frames.

In recent days, the market has entered an uptrend, reaching the resistance at 114.90. Prices are now consolidating below this zone and the expectations are for a more substantial pullback, which should be limited by the support at around 114.43. As long as this bullish attitude is maintained, a breach of 114.90 can be expected, followed by a test of the high at around 115.44.

The sterling managed to overcome the last resistance at 1.3425 and now the market is gravitating around this area. The current breach forms two local support zones – one at 1.3390 and another at 1.3415. At the moment, the correction is extremely shallow, which suggests another strong upward impulse. In such a scenario, an attack on 1.3510 can be expected. It is possible that the activity will remain low in the few remaining days of the year and that the market could stay in the range between 1.3390 and 1.3454.

Gold price bounced bearishly after testing 1820.00 level yesterday, to move around 1805.00 level, noting that stochastic shows clear positive signals now, waiting to motivate the price to resume the expected bullish trend for the upcoming period, which targets 1825.15 level initially, reminding you that it is important to hold above 1797.00 to continue the suggested rise.