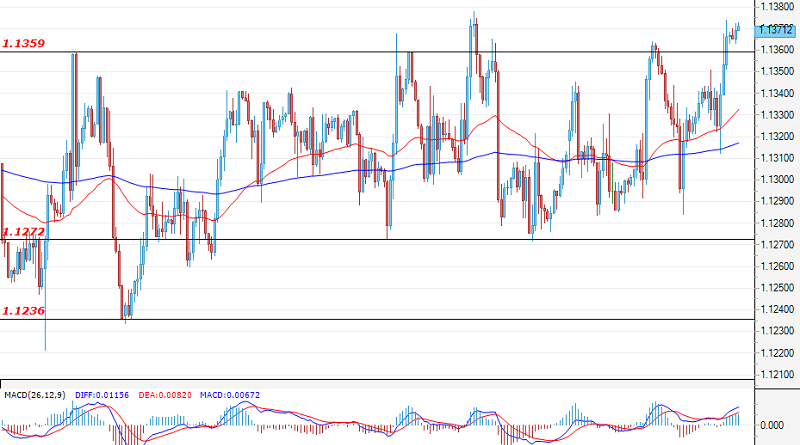 During yesterday’s trading session, the currency pair breached the resistance level of 1.1359 and the expectations are for the common European currency to continue to appreciate against the dollar. The first target for the bulls would be the psychological level of 1.1400 and the next one would be the resistance level of 1.1440. A breach of these levels would let the bulls attack 1.1510, at which point more sellers would likely be tempted to enter the market. In the negative direction, the first support is found at 1.1272. Today, volatility can be expected to pick up after the announcement of the U.S. core CPI data (13:30 GMT).

The Ninja did not manage to breach the resistance level of 115.63 and is now headed towards the support at 114.99. In case the second test of 114.99 proves to be successful, then the dollar will most likely further depreciate against the yen and the next target for the pair would be 114.28. In the positive direction, the mentioned level of 115.63 is the first resistance for the pair.

Gold price reached few pips away from our waited target at 1825.15, and shows some slight bearish bias now, affected by stochastic negativity, while the EMA50 provides positive support to the price to encourage us to suggest more bullish bias in the upcoming sessions, reminding you that breaching the mentioned level will push the price to 1860.00 as a next positive target.

Therefore, the bullish trend will remain valid on the intraday basis unless breaking 1797.00 and holding below it.