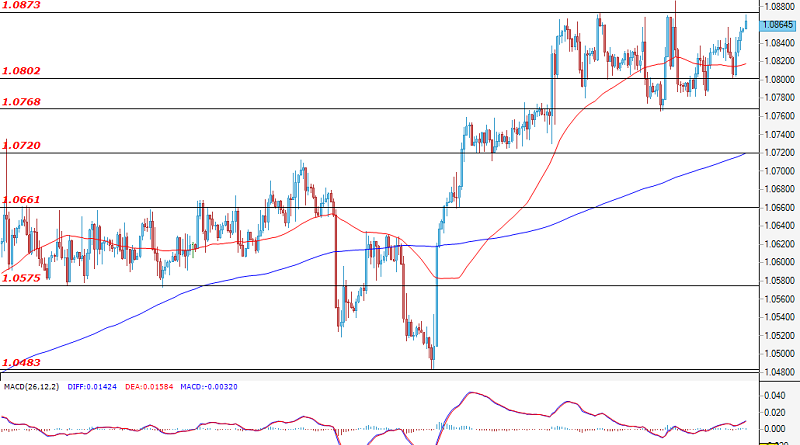 Over the past seven days, the euro has been unable to break out of its established trading range. Any attempts to rise above 1.0890 were met with resistance and drops to around 1.0800 were seen as opportunities for bullish traders to enter the market. Currently, there is a lack of significant macroeconomic data that could drive traders in a unified direction. However, later this week, we will see the release of EU manufacturing and services PMI data, as well as other key indicators that can be found in our economic calendar. These releases are likely to provide clarity on the direction of the U.S. dollar and could potentially break the euro out of its current range. It is worth noting that until then range-bound movements are likely to persist.

For the Ninja the last day of the previous trading week was stormy with the reaching of a new daily high of 130.55, which was, however, rejected and it ended around 129.50. Bearish trend rules with corrections and lower highs are being confirmed. The trend is more likely to continue, but, if the dollar shows strength this week due to the series of data, it could strengthen again and USD/JPY may look for new highs

In the final days of last week we saw range movements of the Cable between the key level at the top of 1.2400 and the bottom around 1.2330. Today, there is a lack of data to drive movements of the currency pair, but on Tuesday we will see the managers’ estimates of services and manufacturing, which are expected to give a direction of the trend. If they are analysed as positive for the pound, then the rally that started this year could continue. Dollar strength should not be overlooked as the States’ GDP data later this week could give the dollar strength.

Gold price shows some slight bearish rebound to test the minor bullish channel’s support line that appears on the chart, waiting to rebound bullishly to resume the expected bullish trend for today, which gets continuous support by the EMA50, waiting to visit 1950.00 as a next main station, noting that holding above 1920.35 is important to continue the bullish trend.