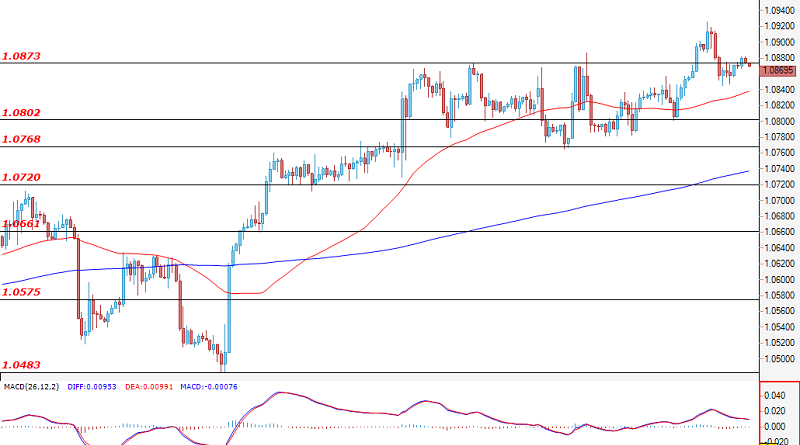 For the single European currency, the week started positively. Although it broke the resistance at 1.0873 and tested the 1.0925 level, the euro failed to hold above it. On a possible second attempt and in case the bulls succeed, the other important resistance level they need to overcome is 1.0963 available on the longer time frames. If they fail to hold above it, the bears are likely to take the upper hand again, heading for the support at 1.0802. For now, the euro manages to stop their pressure. Sentiments continue to be positive.

The currency pair’s range movement of the last few sessions may be coming to an end, but for that the bears need to sustainably overcome the two supports at 129.51 and 127.20. Conversely, the important resistance at 134.75 is still a very distant target for the bulls. To reach it, they will have to go through two more supports at 131.49 and 133.16. Traders’ sentiment seems negative and the bears’ attempts are more likely to succeed.

The U.S. dollar has not performed convincingly in the past week and its weakness has also managed to affect its rate against the pound. However, the important resistance at 1.2433 has not been overcome yet, although it was tested by the bulls. The price at the time of writing the analysis is below the other important level of 1.2398 and in case the bears manage to make a comeback, their first target should be to overcome the support at 1.2333. Given the positive sentiment, it is more likely that the move will continue upwards and the price will head higher.

Gold price fluctuates around 1935.00 level, waiting to get positive motive that assist to push the price to continue the rise and head towards our next main target that reaches 1950.00.

In general, the bullish trend scenario will remain active for today unless breaking 1925.00 and holding below it.