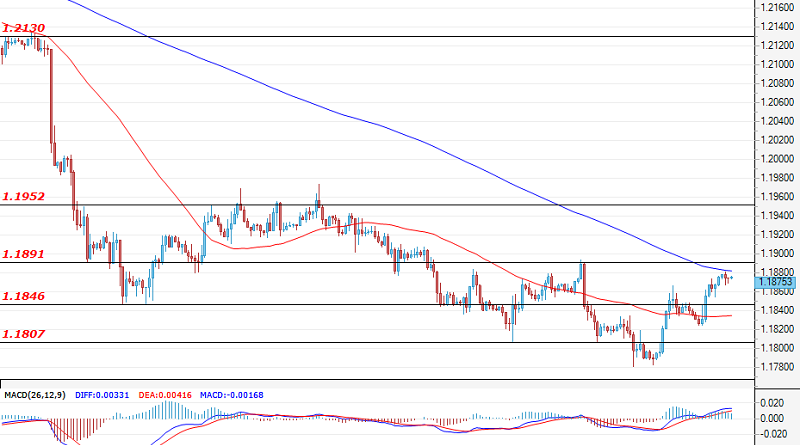 During the last trading session for the previous week, the currency pair managed to breach and stay above the resistance level of 1.1846. At the start of the new week the forecasts are for the pair to test and violate the next resistance level of 1.1891, which could pave the way towards the main resistance at 1.1952. In the negative direction, the first support level lies at 1.1800. This week, investors’ attention will be focused on the data on the initial jobless claims for the U.S.(Thursday; 12:30 GMT) and the CPI for the EU(Friday; 09:00 GMT).

Following the strong sell-off, the currency pair found support at the level of 109.70 at the end of last week, and, at the time of writing the analysis, it is found in a corrective phase. The expectations are for the pair to test the resistance level of 110.21, and if the test would be successful, then probably the next resistance level of 110.44 would be tested as well. In the negative direction, the first support is found at the previously mentioned level of 109.70.

Gold price settles above the key support 1797.00, moving inside an intraday bullish channel that supports the chances of achieving more gains in the upcoming sessions, thus, our bullish overview will remain valid and active, waiting to test 1825.15 initially.

The EMA50 supports the expected rise, noting that breaking 1797.00 will put the price under the correctional bearish pressure again, to head towards visiting 1770.00 as a next negative target.