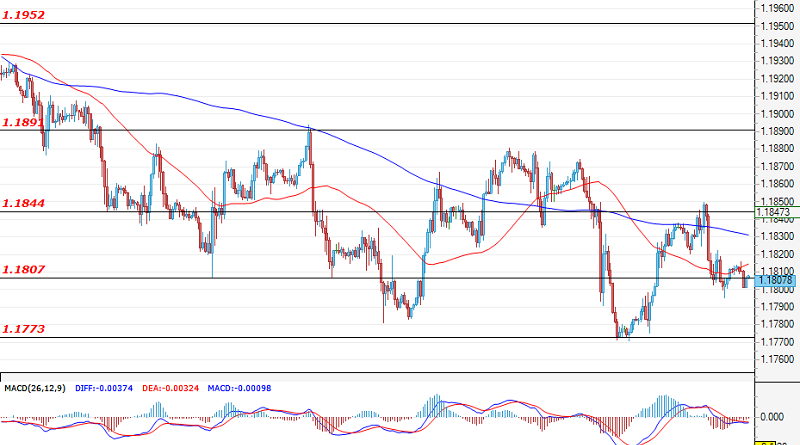 The euro continues to lose value against the dollar and, despite its short-term correction from Wednesday, during yesterday’s trading session the pair was down again. The forecasts are that this downward movement will continue and the pair will focus on a test of the local bottom and important support at 1.1773. The first important resistance is at 1.1891. During today’s trading session, investors’ attention will be focused on the data on the consumer price index for the Eurozone (09:00 GMT).

Although in the first hours of today’s trading session the currency pair saw an upward movement, the forecasts are that it will be short-term, after which the downward movement will continue. The first important support is the level at 109.53 and, if it is not broken, a short-term correction may follow. An important resistance is the level at 110.40.

Since the beginning of the week, the currency pair is in a relatively narrow range between 1.3909 and 1.3795 and these are the critical support and resistance. As a rule, if any of them is broken, this will determine the direction of the subsequent movement. However, expectations are for a downward movement and strengthening of the dollar against the pound.

Gold price managed to breach 1825.15 level and close the daily candlestick above it, to support the chances of extending the bullish wave on the intraday and short term basis, organized inside the bullish channel that appears on the chart, waiting to head towards 1860.00 as a next main target.

The EMA50 continues to support the suggested bullish wave, noting that breaking 1825.15 will put the price under intraday negative pressure that targets testing 1809.00 and might extend to 1797.00 areas before any new attempt to rise.