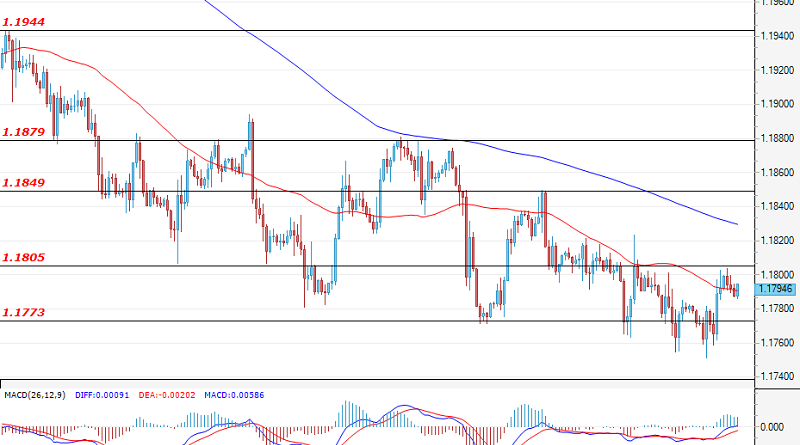 The depreciation of the common European currency against the dollar came to a halt slightly below the support zone of 1.1773 and, at the time of writing the analysis, the pair is headed towards a test of the resistance level of 1.1805. The short-term forecast is for the pair to enter into a consolidation phase within the range between 1.1773-1.1849 before either the buyers or the sellers take control. A spike in volatility is expected around the announcement of the European Central Bank interest rate decision (11:45 GMT) and during the press conference following the announcement (12:30 GMT).

Gold price tests 1797.00 level, and it needs to break this level to confirm opening the way to head towards our next negative target that reaches 1770.00, as the price completed forming double top pattern that its signs appear on the chart.

Therefore, our bearish overivew will remain valid and active for the upcoming period conditioned by the price stability below 1825.15, noting that moving below the EMA50 supports the expected decline.