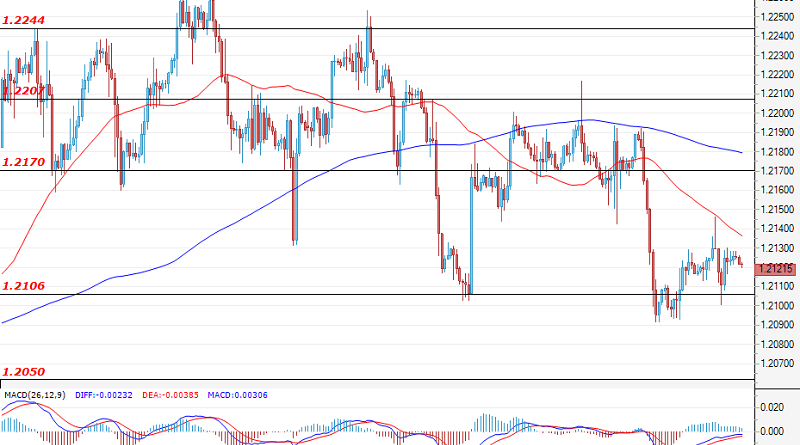 The unsuccessful test of the support at 1.2106 during yesterday’s trading session didn’t allow the bears to take control and strengthen the negative expectations for the future path of the pair. Only a successful breach of this support would allow the sellers to gain enough momentum and lead the EUR/USD towards the next support at 1.2050. In case this support holds, the pair will most probably head towards the resistance at 1.2170. The Fed interest rate decision that will be announced today at 18:00 GMT and the following press conference (18:30 GMT) will be of great importance for the value of the U.S. dollar. Sharp moves in either direction can be expected then as we find out whether the current high levels of inflation are transitory and if there will be any hints of the Fed taking a more hawkish stance.

During the last trading session, the currency pair continued to trade below the critical support level of 110.18. If the bulls manage to overcome this level, then an appreciation of the U.S. dollar towards 111.00 can be expected. Despite the rather positive sentiment, a corrective move towards 109.74 still can not be ruled out, either. Volatility is expected to pick up after the economic news, mentioned in the EUR/USD analysis.

The market sentiment worsened after the unsuccessful breach of the support at 1.4101, but despite this, the Cable did not reach the level at 1.4000. A scenario, in which the pair returns in the range of 1.4100 – 1.4177 before having its future direction confirmed can not be ruled out just yet. However, if the bears manage to suppress the pair below 1.4101, then we will most likely witness a test of the support at 1.4000.

Gold price managed to break 1860.00 level and close the daily candlestick below it, which supports the continuation of the correctional bearish trend scenario, paving the way to head towards 1825.15 that represents the next negative target.

The EMA50 supports the expected decline, taking into consideration that failing to consolidate below 1860.00 is considered as an initial positive signal to the attempt to get rid of the correctional bearish pressure and head to regain the main bullish trend again.