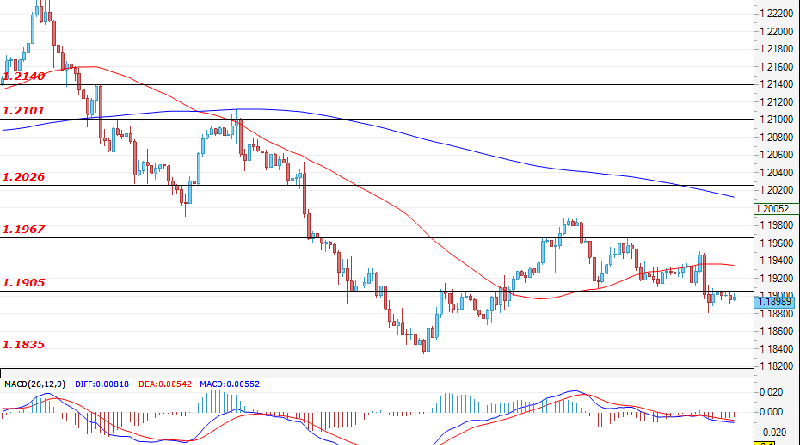 At the time of writing the analysis, the currency pair is in a consolidation phase just below the support level at 1.1905. The buyers failed to gain the necessary momentum, which gave an incentive for the bears to enter the market. Today, the focus of investors will be at the data on the CPI for the Eurozone (10:00 GMT), as well as the Fed interest decision (18:00 GMT), which could lead to large market fluctuations.

The US dollar continues to gain positions, with the sentiment still positive for another test of the resistance zone at 109.19. An unsuccessful breach of the mentioned level could lead to a resumption of the range movement between 108.32 – 109.19. The Fed’s interest rate decision tonight would largely determine the future movement of the currency pair. The first important support level is the lower border of the range at 108.32.

During the last trading session, the bulls managed to limit the sales at the support level at 1.3800, which led to a breach of the first resistance at 1.3856. At the time of writing, the sentiment is rather neutral, with investors awaiting the Fed’s interest rate decision, which will determine the future of the US dollar and, accordingly, the further direction of the currency pair. The main resistance, which is also a psychological level in front of the market participants, is the level at 1.3993.

Gold price shows new positive trades today, to reach the key horizontal resistance 1739.85, as the price gets positive signals through stochastic and the EMA50, which might push the price to achieve more gains in the upcoming sessions.

Now, we prefer staying aside temporarily until the price confirms breaching the mentioned resistance or breaking 1725.00 support to detect the next destination clearly, noting that breaching the resistance will lead the price to continue the rise and visit 1747.75 followed by 1765.00 levels as next positive targets, while breaking the support represents the key to resume the bearish wave and head towards 1716.00 followed by 1692.00 levels initially.