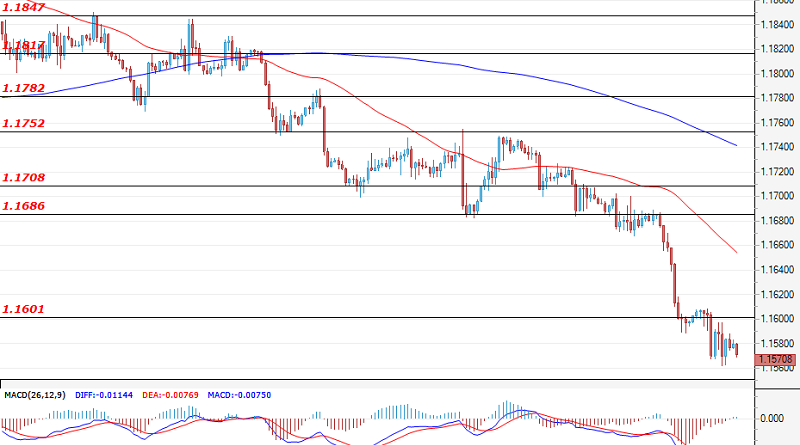 The common European currency continues to depreciate against the dollar and yesterday violated the support level of 1.1600. The expectations are for the downtrend to continue, leading the pair towards a test of the support level of 1.1420 that is coming from the higher time frames. In the positive direction, the previously mentioned level of 1.1600 is now acting as a resistance for the pair. During today’s session, volatility will most likely spike after the euro area CPI data is announced at 09:00 GMT.

The support level of 1.3422 managed to stop the decline of the Cable and, at the time of writing, the pair is in a consolidation phase at around 1.3470. The expectations are for the pair to retest the support at 1.3422 and, if it manages to violate the support, to head towards the support level of 1.3360 that is coming from the higher time frames. In the positive direction, the first resistance level is found at 1.3520.

Gold price’s rise stopped at 1765.00 level, and begins to provide bearish rebound signals after reaching the bearis channel’s resistance that appears on the chart, motivated by the negative signals that appear through stochastic, which makes us suggest witnessing negative trades in the upcoming sessions, and the targets begin by testing 1735.00 again.

Holding below 1770.00 is important to continue the expected decline, as breaching it will lead the price to exit the correct bearish track followed by turning to rise on the intraday and short term basis.