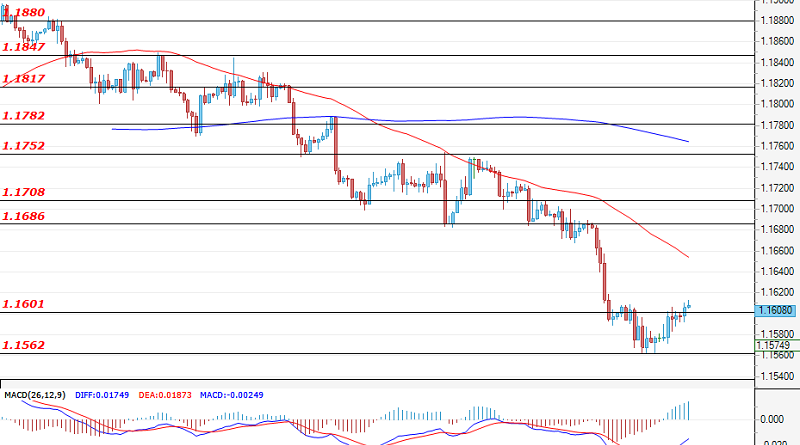 Last week’s sell-off seems to have been limited by the support zone at 1.1562 for now and, during the early hours of today`s trading, the EUR/USD is testing the resistance zone at 1.1601. If the bulls gain enough momentum and manage to keep the pair above the aforementioned level, the recovery will most likely continue towards the resistance at 1.1686. However, if the bears regain control of the market and manage to violate the zone of support, located at 1.1562, new losses for the common European currency against the greenback can be expected..This week, the most important news which the market participants will be focusing on is the unemployment rate and the change in the non-farm payrolls data (Friday; 13:30 GMT).

At the end of last week, the bears prevailed and the dollar lost quite a bit of ground against the yen. At the time of writing, the USD/JPY is trading the support zone at 111.01, but only a successful breach of the lower target at 110.77 could lead to a more continuous corrective move towards the level of 110.39. If the bearish momentum fades, the Ninja will most likely rally towards the resistance zone of 111.63, followed by the level of 112.00.

The bulls entered the market and the sterling recovered some of its recent losses against the dollar. The currency pair breached the resistance zone of 1.3520 and, if the bullish predominance continues, a future rally towards 1.3609, followed by a test of the zone at 1.3676, would be the most probable scenario. In case a more negative scenario develops, the first target for the bears can be found at the mentioned level of 1.3520, which is now acting as a support. A successful violation of the level at 1.3422 could deepen the sell-off towards the levels at around 1.3315.

Gold price provided additional positive trades to touch the bearish channel’s resistance that appears on the chart, and begins to procide bearish rebound signals now, which hints heading to resume the main bearish trend, which targets 1735.00 as a next station.

Stochastic negativity supports the expected decline, noting that breaching 1770.00 will stop the negative scenario and lead the price to turn to rise.