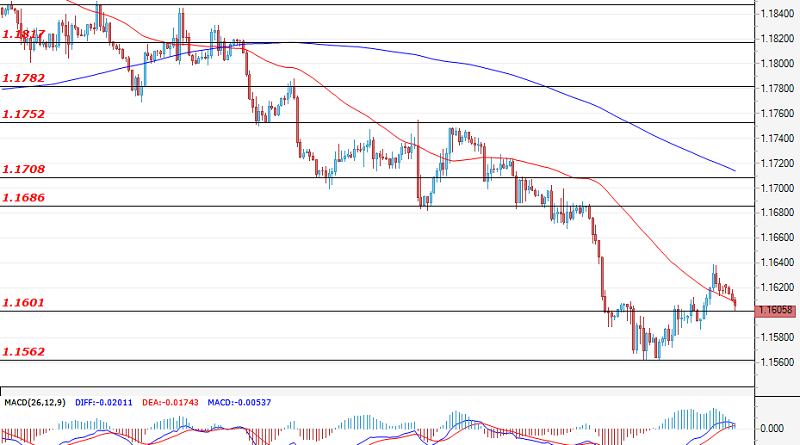 The currency pair reached the local minimum of 1.1560 during last week’s final trading session, while earlier this week we saw a rise in the single European currency against the U.S. dollar. At the time of writing, the bulls are still unable to gain enough momentum and the trading action is hovering just above the support level of 1.1600. If the upward movement continues, we could expect a test of the next significant resistance of 1.1686. On the other hand, if the bears prevail, the most likely scenario would be another test of the support zone of 1.1560.

After the increase from the previous week, we witnessed a corrective move, which currently remains limited above the support level of 110.77. If the bulls succeed in establishing themselves on the market, we can expect a resumption of the upward move towards the local peak area of 112.00. On the other hand, in the event of a deepening sell-off, the first significant support would lie at 110.40.

Part of the lost positions for the pound were recovered after the bulls managed to limit the sell-off down to the support level of 1.3422 at the end of last week. At the time of writing, the currency pair consolidated to just below the resistance of 1.3609 and a successful breach of the mentioned level would strengthen the positive sentiment, with the more significant goal being reaching and testing the significant resistance zone of 1.3752.

Gold price found solid resistance at 1770.00 level, and couldn’t breach it, to start declining by today’s open, which keeps our bearish overview valid for the upcoming period, and the price needs to break 1755.00 to ease the mission of heading towards our main expected target at 1735.00.

Stochastic negativity supports the suggested decline, taking into consideration that breaching 1770.00 will stop the expected decline and lead the price to turn to rise.