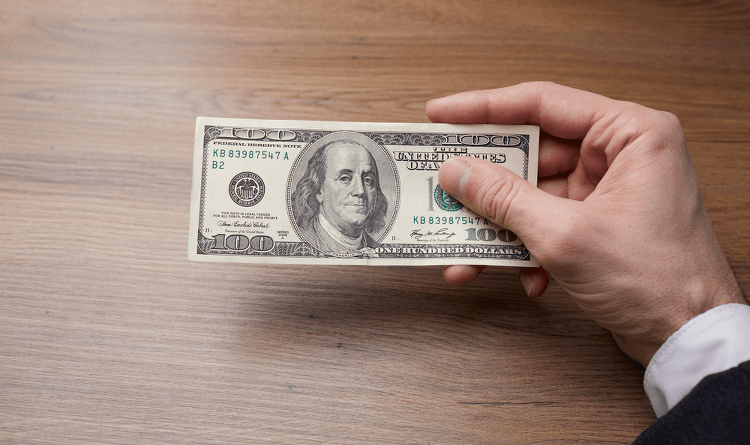 The U.S. dollar dipped on Tuesday after The World Health Organization said some treatments appear to be limiting the severity or length of the COVID-19 respiratory disease.

Even a small hint of positive coronavirus news limits the dollar’s appeal as a safe-haven currency as investors eye riskier assets, though declines were kept in check by growing fears of a second wave of coronavirus infections.

The U.S. currency was also supported by the Federal Reserve playing down the likelihood of negative U.S. interest rates, boosting the the dollar’s yield attraction.

Fed policymakers say they will do what it takes to cushion an economy crushed by widespread lockdowns aimed at slowing the spread of the coronavirus but are likely to stop short of negative interest rates.

New coronavirus infections have been found in China, South Korea and Germany, where respective governments have eased lockdown restrictions.

A re-emergence of coronavirus cases could dent a global economic recovery on the back of an injection of monetary and fiscal stimulus.

German economic output is likely to have declined by 20-25% for several weeks during the coronavirus outbreak, the KfW state development bank said on Tuesday.

“While the number of cases was relatively small, they do play into market fears over the threat posed by a second wave of COVID-19 infections and highlight the challenging path ahead for the global economy,” said MUFG currency analyst Lee Hardman.

The Australian dollar was the biggest mover in Asian trading, dipping to a five-day low of 0.6432 after China banned some Australian meat imports. It later pared losses as Australia’s trade minister played down the issue as a technicality and was last trading up 0.3%.

Norway will sharply raise spending by its trillion-dollar sovereign wealth fund this year, the government said on Tuesday, exceeding a self-imposed cap for the first time in more than a decade to aid an economy reeling from the coronavirus crisis.

As the fund is denominated in foreign currency, this would lead to more crown buying, Falkenhall said, adding that SEB expects the central bank to increase purchases to 2.2 billion crowns a day from the current 2.1 billion crowns.

The greenback was broadly supported by the possibility of U.S. President Donald Trump instructing a federal pension fund not to buy Chinese equities, making investors cautious on U.S.-Sino relations.

The White House on Monday named three nominees to sit on a board that oversees federal employee pension funds, raising the potential for the reversal of a decision to allow one of the funds to invest in Chinese companies under scrutiny from Washington.

Traders will be looking for Fed Chairman Jerome Powell’s speech on current economic issues on Wednesday, when his views on the future of the monetary policy will be scrutinised closely.