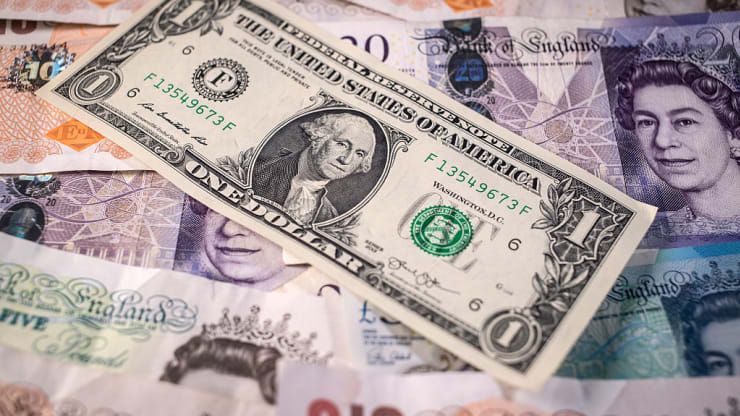 The dollar headed for its worst week since October on Friday, dragged down by nervousness on trade and hints of weakness in the U.S. economy, with domestic factors leaving the resurgent kiwi and British pound the main beneficiaries.
The safe haven of the Japanese yen and Swiss franc were also in demand as investors fretted that U.S. jobs figures due later in the day may fall short and braced for a week that brings a British election, a U.S. Fed meeting and likely news on trade.

“There is a lot of event risk to navigate,” said Richard Franulovich, head of FX strategy at Westpac in Sydney.

“I stand to be corrected here, but I think that next week could possibly be the most consequential week for global markets this year.”
Movements on Friday were accordingly slight in Asian trade, but against a basket of currencies the dollar has dropped every day this week for a cumulative loss of almost 1%.
U.S. President Donald Trump remained upbeat overnight on trade and said talks are “moving right along”.
Markets are unconvinced, with worries stemming from a lack of similar enthusiasm from China.

Chinese officials reiterated their stance that some U.S. tariffs must be rolled back for a deal, something Washington has given no sign of doing.
The focus on U.S. non-farm payrolls, due at 1330 GMT, comes after dismal data through the week showed weak private payrolls, soft services activity and a shrinking manufacturing sector.
A Reuters poll shows a forecast of 180,000 jobs being added in November, and a miss might have the Fed reconsidering its wait-and-see mode when the committee meets on Tuesday and Wednesday.
“Markets are in a highly fragile condition at the moment,” said Michael McCarthy, chief market strategist at CMC Markets in Sydney.
“So there is a greater potential for an exaggerated move if we see a big divergence from expectations,” he said. “The risk is in both directions … below 150,000 or above 210,000 we could see a significant market reaction.”

Dollar weakness, sterling strength
This week the greenback has shed 0.8% against the euro, to sit at $1.1106 per euro on Friday. The yen has also firmed by the same margin, last trading at 108.68 per dollar.
The best gains have been won by the soaring kiwi and pound.
The kiwi sat just below a four-month high touched on Thursday at $0.6559, having gained 2% this week as economic indicators have turned positive, reducing the likelihood of monetary easing in February to just 13%.
Sterling climbed to a 2-1/2 year high of 84.28 pence against the euro overnight and has advanced 1.7% against the dollar this week, last trading at $1.3154.
Opinion polls suggest the ruling Conservatives will win an outright majority in the Dec. 12 election, removing some of the uncertainty around Britain’s exit from the European Union that has weighed on the currency for years.
Cable has rallied 10% since September lows.
“There’s still a bit of nervousness about being too convinced,” said Jim Leaviss, head of fixed income at fund manager M&G Investments. “But nevertheless cable seems to think that we do get a clear majority for Boris Johnson,” he said.
“That means that we leave the EU on the 31st of January … I think the options market was pricing in another 7% upside on a Conservative victory, and I think that’s justified fundamentally.”