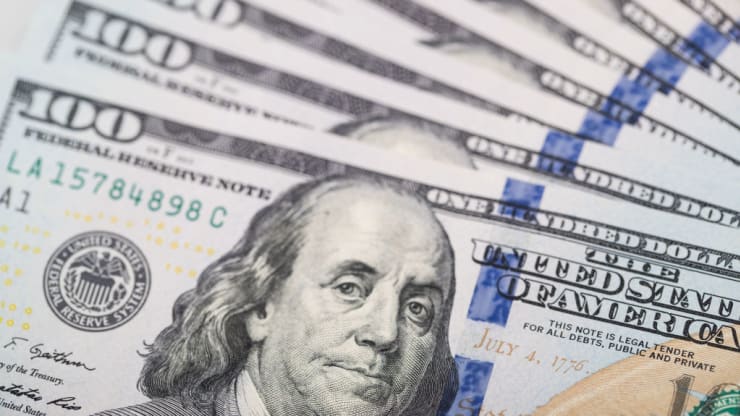 The dollar held its gains versus the yen and Swiss franc on Friday as investors bought riskier assets on news that China and the United States had agreed to roll back tariffs as part of an as yet unfinalized preliminary pact to end their trade war.
China and the United States have agreed to roll back tariffs on each others’ goods in a “phase one” trade deal if it is completed, officials from both sides said on Thursday.

Sentiment is likely to remain supportive for the dollar, equities and other risky assets as a de-escalation in the U.S.-China trade war removes a huge risk to the global economic outlook.

“The overall tone is risk-on, which is a positive for the dollar and a negative for the yen,” said Tsutomu Soma, general manager of fixed income business solutions at SBI Securities in Tokyo.
“We can see this in other markets, which is why stocks are so strong. We still need to figure out when the United States and China will sign this deal, but the mood so far is supportive for markets.”
The dollar held steady at 109.26 yen on Friday, close to a five-month high, and was headed for a 1% gain for the week.
The greenback edged higher to 0.9949 Swiss franc, on course for a 0.9% gain.

The dollar index against a basket of six major currencies stood at 98.136, up 1% this week.
The progress in resolving the 16-month long trade war also supported the China’s yuan. In the onshore market, the yuan traded at 6.9788 per dollar, and it was set for its fifth straight weekly gain, which would be the longest winning streak since February.
However, there is still some skepticism about a trade deal as officials inside and outside the White House have bristled at the notion of giving up punitive tariffs.
Muddying the water further, White House spokeswoman Stephanie Grisham told Fox News Channel in an interview on Thursday that the United States is “very, very optimistic” about reaching a trade deal with China soon.
The prospects to the United States and China ending their trade war left the safe haven yen nursing losses against the euro and the Australian dollar.
Sterling traded near a two-week low in the wake of the Bank of England’s decision on Thursday to keep its Bank Rate unchanged at 0.75%. Investors had expected that decision to be unanimous, but two of the nine member board voted for a cut due to uncertainties posed by Britain’s fraught exit from the European Union, and others, including Governor Mark Carney, said they would consider a reduction in the future.
As a result, market odds on a interest rate cut next year rose as high as 80%.
The pound traded a $1.2812, close to the lowest since Oct. 24. Cable was on course for a 1% decline this week.
Hitherto, the BoE has resisted following the U.S. Federal Reserve and the European Central Bank in cutting its main interest rate, but the outcome of Thursday’s meeting suggests the BoE is poised to change its stance.