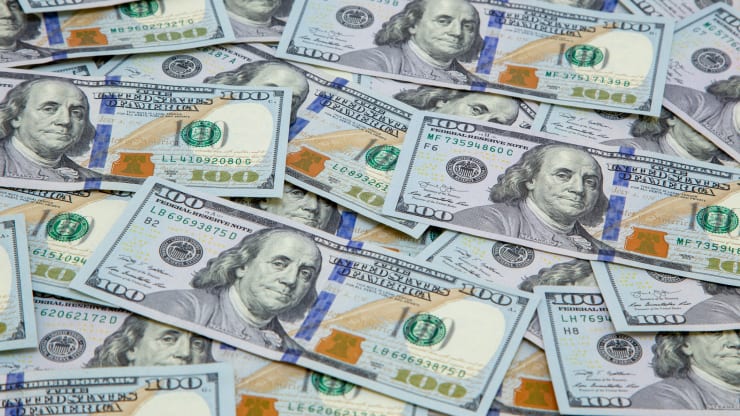 A telephone call between top U.S. and Chinese trade negotiators lifted the dollar to a two-week high against the yen while China’s yuan edged up on Tuesday, due to optimism that the two sides will soon agree an interim deal to halt their trade war.
Chinese Vice Premier Liu He, U.S. Trade representative Robert Lighthizer and U.S. Treasury Secretary Steven Mnuchin discussed issues related to a “phase one” trade agreement and agreed to maintain communication on remaining issues.

The dollar rose as high as 109.205 yen, its strongest in two weeks, before settling back at 109.01 yen to show a gain of 0.1% from the previous close.
The yuan also rose to 7.240 to the dollar, about 0.15% higher than the previous close.
“It wasn’t like they agreed to the phase one deal. They just agreed to continue their talk. So some people appeared to have been caught in long position a bit too much,” said Shingo Sato, director of forex at MUFG Bank.
“Still, the bottom line is, we just had additional support to back up optimism since last week on the trade deal,” he said.
On Monday, China’s Global Times, a tabloid run by the ruling Communist Party’s official People’s Daily, said the two countries were very close to a “phase one” trade deal.

“China appears positive to the deal. The dollar could rise further to around 109.50 if U.S. officials will visit China,” said Yukio Ishizuki, senior strategist at Daiwa Securities.
Last week, the Chinese government invited Lighthizer and Mnuchin to Beijing for face-to-face talks, the Wall Street Journal reported.
“Trading in the next couple of weeks will be all about the U.S.-China deal,” said Daiwa’s Ishizuki.
The euro softened to $1.1008, near the one-week low of $1.10035 touched on Monday.
Sterling traded at $1.2894, supported by hopes that the ruling Conservatives could win a majority in the Dec. 12 election to end a hung parliament.
Against the euro, the British unit stood at 85.365 pence per euro, near a six-month high of 85.22 touched Monday last week.
The Australian dollar fetched $0.6772, having touched a one-month low of $0.6768 overnight.
Despite rising hopes of U.S.-China trade deal, the Aussie has been pressured by a run of disappointing local economic data that has led investors to narrow the odds on another rate cut from the Reserve Bank of Australia (RBA).
Overall, currency trading is slowing down ahead of U.S. Thanksgiving holiday on Thursday.
Traders are also increasingly pricing in tighter trading ranges for major currencies, based on implied volatilities.
One-month euro/dollar implied volatility has fallen to 4.15/4.40%, the lowest in five years, while three-month volatility hit a record low of 4.4/4.6%.
The dollar/yen’s three-month volatility also stood at 4.775/5.025%, the lowest since late April and near its historical lows above 4% while three-month volatility on the Australian dollar hit five-year low of 6.12/6.42%.