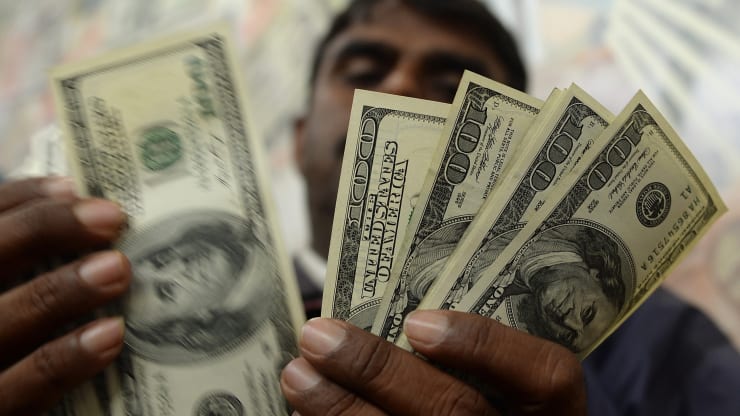 The dollar held its ground against other major currencies on Wednesday, supported by rising hopes for a U.S.-China trade deal and an improving outlook for the U.S. economy.
As the United States and China work to narrow their differences enough to sign a “phase one” trade deal as early as this month, hopes of a breakthrough have boosted sentiment across world markets.

After sizeable moves on Tuesday, which included a strengthening in China’s offshore yuan to three-month highs against the dollar, currency markets moved into wait-and-see mode.
“The market now wants confirmation that there is a venue, that this (phase one deal) will be signed,” said Jane Foley, senior currency strategist at Rabobank in London.
“A lot of good news was built into the price and unless we get something more, a little bit of disappointment will come through.”
The dollar index, which measures the dollar’s value against other major currencies was just 0.1% lower at 97.876 in early European trade after rising 0.4% the previous day.
The euro stood at $1.1077, having dropped 0.5% on Tuesday, and was not far from a near three-week low of $1.10635 hit that session.

Against the yen, the dollar was a touch softer on the day at 109.00 yen, but not far from its October high of 109.285.
The Swiss franc changed hands at 0.9928 to the dollar following its 0.5% fall the previous day.
Analysts said that better-than-expected U.S. economic data in the past week had also eased expectations for further easing from the U.S. Federal Reserve – a positive development for the greenback.
A survey on the vast U.S. service sector published on Tuesday showed that business sentiment had improved in October from a three-year low in September.
The rebound is a welcome sign for dollar bulls as a fall in the service sector index would have suggested that malaise in trade war-hit manufacturers was infecting the service sector, too. That followed a strong a U.S. employment report on Friday.
“On top of Sino-U.S. trade issues, the market is reacting to signs of U.S. economic strength at the moment,” said Kyosuke Suzuki, director of foreign exchange at Societe Generale.
The positive mood spilled over to the risk-sensitive Australian dollar, which changed hands at $0.6893. It was little changed on the day but has maintained gains of 3.4% since hitting a 10-1/2-year low on Oct. 2.
China’s offshore yuan steadied around 7.00 per dollar in Europe after having risen to a three-month high of 6.9867 to the dollar on Tuesday on hopes for a trade truce.
The currency has gained 2.9% from its record low in the offshore trade marked in early September.