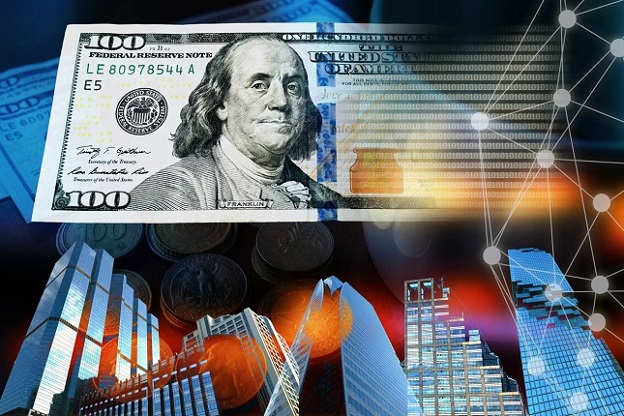 The dollar held shy of two-week lows against its rivals on Wednesday, with high-yielding currencies leading gainers as investors bet on central bank easing to remain even as partial lifting of coronavirus lockdowns grew.

Against a basket of its rivals, the greenback edged down 0.2% to 99.73 in late morning London trade, above a two-week low of 99.43 hit in the previous session.

Currency markets were largely in wait-and-watch mode with limited moves before the outcome of a U.S. Federal Reserve meeting later in the day, where policymakers are seen keeping their promise to do whatever it takes to support the world’s largest economy.

Before that, the U.S. quarterly GDP numbers will be released at 1230 GMT, with consensus forecasts for a contraction of around 4%. Analysts are already focusing on the extent of recovery in coming months with a Reuters poll expecting the U.s. economy to expand 3.8% in 2021.

The dollar has weakened more than 3.5% after scaling a more than three-year peak of 102.99 in late March as global central banks launched massive stimulus measures to protect economies from the novel coronavirus pandemic.

“Policy response from the Fed has been very aggressive,” said Lee Hardman, currency analyst at MUFG. He expects the Fed to continue to keep the money taps on to reduce the risk in financial markets.

The unprecedented response by central banks has calmed nerves in forex markets with the Deutsche Bank index of currency volatility sharply retreating from its highs in March.

“Investors are also encouraged by the plans of easing lockdown measures in France and Spain and other European countries and it does look like we will see a pick up in activity towards the end of the second quarter,” Hardman said.

The currency was hardly hit by Fitch’s downgrade of Italy’s sovereign rating to one notch above junk as investors took comfort from some economies in the bloc re-opening.

“The weakening of the dollar and the strengthening of the commodity-linked currencies suggest that risk appetite may have remained supported for another day,” said Charalambos Pissouros, a senior market analyst at JFD Group.

The Australian dollar led gains against the greenback with the currency up 0.4% at $0.65200.