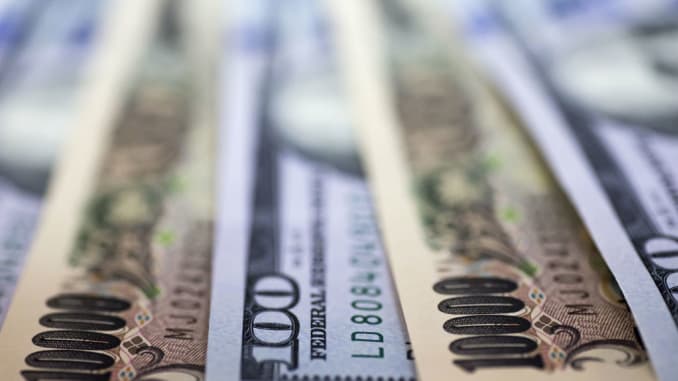 The dollar climbed to a four-month high against its rivals on Tuesday and closed within striking distance of a 2019 peak as subdued price swings encouraged hedge funds to load up on the relatively high-yielding greenback. Daily price fluctuations or market volatility have fallen sharply in recent months, prompting investors to borrow in low-yielding currencies such as the euro and the franc and invest in dollars or other high-yielding currencies. While that strategy has faced some setbacks thanks to some geopolitical events, generally such carry-trade strategies have proved to be rewarding. For example, in 2018-2019, when daily price swings for the euro/dollar exchange rate held at around 3%, a trade involving borrowing in euros and investing in U.S. dollars would have generated a return of nearly 5%. “The dollar benefits from higher interest rate advantage if volatility is low as the risk-return profile of investing in the U.S. currency by borrowing in the euro, for example, can be very attractive,” said Ulrich Leuchtmann, head of FX and commodity research at Commerzbank. Against a basket of its rivals, the dollar rose 0.01% to 98.91, its highest level since early October and less than 1% away from a 2019 high of 99.67. It has gained 1.6% in the last week as currency volatility plumbed to record lows. Van Luu, head of currency and fixed income strategy at Russell Investments, said a big driver for low market volatility was central banks wanting to prevent stronger currencies and intervening to dampen market volatility. Implied market volatility over the next three months for euro/dollar, the most actively traded currency pair globally, briefly plummeted to a record low of below 4% last week before creeping higher. The greenback is also displaying the classical symptoms of 2019 when episodes of risk-off events boosted its appeal while relatively high interest rate differentials – spreads between 10 year U.S. and German yields are at a two-year high above 200 bps – proved to be a natural magnet for yield seekers. Elsewhere, risk sentiment stabilized thanks to a slowdown in the rate of coronavirus infections even as the death toll climbed with the Australian dollar rising 0.3% to $0.6709. China’s yuan firmed to 6.9785 per dollar and the People’s Bank of China held its mid-point guidance relatively steady, even though the U.S. dollar had gained sharply overnight.