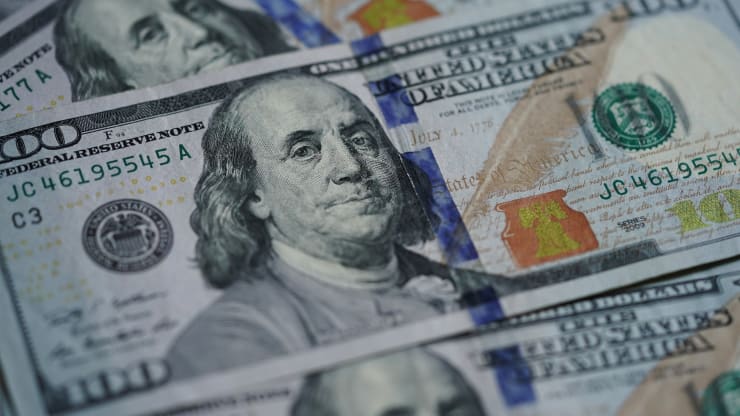 The dollar struggled and currencies linked to global trade rose on Friday, boosted by news that U.S. and Chinese negotiators had agreed to strengthen cooperation over a trade deal and as more governments slowly reopened their economies.
Investors’ appetite for risk was strong as traders looked set to ignore upcoming U.S. unemployment data that is likely to show the American economy losing more jobs than at any time since the Great Depression.

Top U.S. and Chinese trade representatives discussed their Phase 1 trade deal on Friday with China saying they agreed to improve the atmosphere for its implementation and the United States saying both sides expected obligations to be met.
The discussion in a telephone call came amid escalating tension between the countries, exacerbated by U.S. criticism of China’s handling of the novel coronavirus outbreak.
The Australian dollar, which is closely correlated with sentiment towards China and the global economy, rose 0.3% to $0.6514 after earlier hitting a one-week high.
Emerging-market currencies climbed. China’s offshore yuan rose 0.1% to 7.087 yuan per dollar.
Australia’s dollar was also boosted after the government announced it would ease social distancing restrictions implemented to slow the spread of the coronavirus in a three-step process, with the aim of removing all curbs by July.

Some analysts, however, were nervous about the Aussie.
Commerzbank analyst Thu Lan Nguyen said it remained unclear how deep “the collapse of the economy” in Australia would be and when there would be a recovery.
“The uncertainty thus remains high and the Aussie vulnerable,” she said.
The U.S. dollar struggled for direction. It has been undermined by a further hit to its yield attraction as U.S. money markets priced in a small chance of negative interest rates next year.
“The possibility of negative rates is modestly bearish for the dollar, given limited market pricing to date and ongoing concerns about the US ‘debasing’ the dollar,” wrote Ebrahim Rahbari, chief G10 FX strategist at Citi.
But he added forceful and aggressive U.S. stimulus was likely to boost the recovery in the United States and pull in capital flows, supporting the dollar.
The dollar’s index against a basket of six other major currencies was last down 0.1% at 99.758.
The euro recovered earlier losses and was 0.1% higher at $1.0839, moving away from Thursday’s near two-week low of $1.07665.
The single currency has been hurt by a German court ruling that could jeopardise the European Central Bank’s bond-buying scheme, and the euro is down more than 1% on the week.
Sterling edged higher in thin trading, with Britain on a public holiday to commemorate the 75th anniversary of the end of World War Two on the European continent. The pound rose 0.1% to $1.2376.
Against the yen, the dollar rose 0.1% to 106.35 yen, above a seven-week low of 105.985 touched on Wednesday.