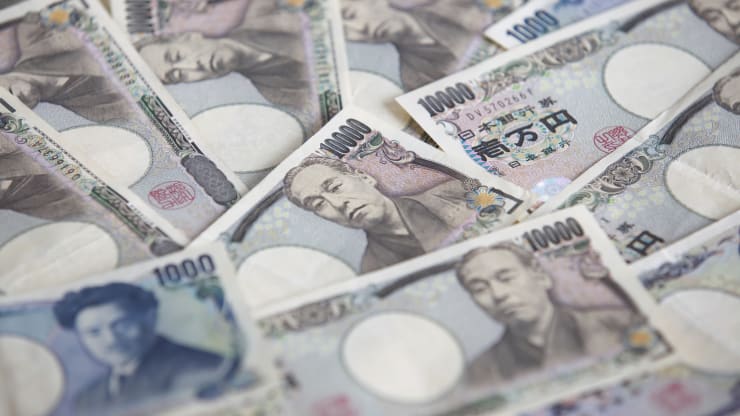 U.S. officials told Reuters that strikes had been carried out against two targets linked to Iran in Baghdad. Oil prices jumped $2 a barrel.
The dollar eased 0.46% to 108.07 yen following the news, breaching several layers of chart support and reaching its lowest since early November. The euro also dipped to a three-week low at 120.78 yen.
The yen is often used as a safe harbor during times of global tensions given Japan’s status as the world’s largest creditor nation. A holiday in Tokyo also made for thin conditions, exaggerating the move.
The holiday meant cash Treasuries were not trading yet, but Treasury bond futures gained 7 ticks on the news implying a drop in U.S. yields.
Against a basket of currencies, the dollar slipped 0.1% to 96.732 but stayed above the recent six-month low around 96.355.

The dollar had got a lift overnight when dismal economic news from Europe and the UK weighed on the pound and euro.
Surveys showed British factory output fell in December at the fastest rate since 2012, while the German manufacturing sector stayed deep in contraction.
The pound was flat at $1.3140, after easing from a top of $1.3266 on Thursday. The euro stood at $1.1174, after backing away from major chart resistance around $1.1249.
An index of U.S. manufacturing activity due later is expected to show a slight uptick to 49.0 in December, from 48.1 the month before.
Figures out Thursday showed jobless claims edged lower last week in a positive signal for the U.S. labor market.
The resilience of employment is a major reason the Federal Reserve has signaled no more rate cuts will be needed in this cycle, leading markets to sharply scale back expectations of further policy easing.
Several Fed official are speaking on Friday including Governor Lael Brainard and the heads of the San Francisco, Chicago, Richmond and Dallas banks.
Analysts expect they will remain upbeat on the economic outlook and reiterate a steady outlook for rates.
The dollar had benefited from U.S. economic outperformance for much of 2019, though the recent easing in Sino-U.S. trade concerns has boosted optimism that this year could favor other major nations.
So far on Friday, there had been no repeat of the “flash crash” of Jan. 3 last year when massive stop-loss selling swept through an illiquid holiday-hit market.
Regulators have been on alert for any signs of strain and trade was thin but orderly.