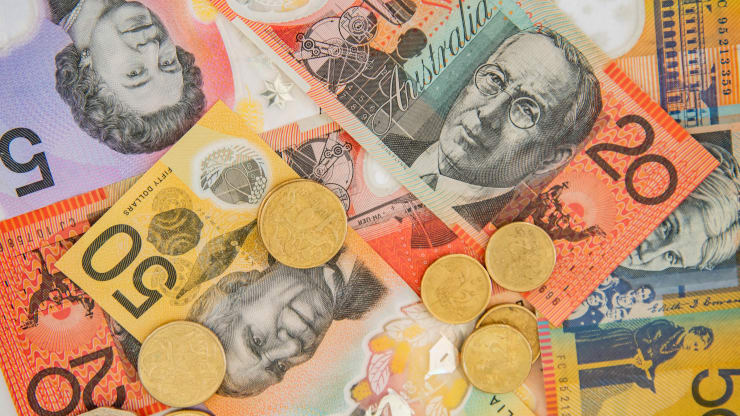 The euro briefly hit its strongest since mid-March on Monday and riskier currencies like the Australian dollar rallied as investors looked to positive signs from China’s post-coronavirus economic recovery and hopes for an easing in Sino-U.S. tensions.
Investors were relieved that U.S. President Donald Trump made no move to impose new tariffs on China during a news conference on Friday where he outlined his response to Beijing’s tightening grip over Hong Kong.

They were also encouraged by the Caixin/Markit Purchasing Managers Index showing a marginal but unexpected improvement in Chinese factory activity last month.
The trade-sensitive Australian dollar surged 1.3% to a four-month high of $0.6765 to lead broader rises that put the U.S. dollar at its weakest since March 16.
Against a basket of other currencies, the dollar was last down 0.3% at 97.954.
The euro was also a big beneficiary of the dollar’s decline, rising 0.4% to $1.1154, its strongest since March 17.
ING analysts said the door to a weaker dollar had been opened now that new U.S. measures imposed over Hong Kong had proved less serious than feared and as OPEC+ looked set to extend oil supply cuts, which will boost commodity-linked currencies.

“The big question is whether we are just seeing the dollar traversing a short-term range, or embarking on a more sizable decline,” they said.
“We had pencilled in a bigger dollar decline for the second half of the year but will be alert to this trend emerging sooner than we had expected.”
Analysts said unrest in major U.S. cities against police brutality was concerning and perhaps a pointer to a close-run presidential election in November, but was unlikely to shift short-term optimism about the U.S. economy.
Sterling rose 0.5% to a three-week high of $1.2414, helped by Britain gradually moving out of lockdown.
The Chinese offshore yuan rose marginally, following Friday’s relief rally on hopes for a softening in Sino-U.S. tensions.
The New Zealand dollar added 0.8% to $0.6256, while the Canadian dollar rose 0.5%.
The Australian dollar is the standout gainer and is now up more than 20% from March lows. It gained steadily through May as the country brought coronavirus under control, while the price of iron ore – Australia’s top export – soared to record highs.

Some analysts said the Aussie may serve as a guide for traders as other economies emerge from lockdown, although the spread of the virus has been much more severe elsewhere, such as in Italy and Britain.
“We’re pretty optimistic about the Aussie this week,” said Commonwealth Bank of Australia FX analyst Joe Capurso.
“Market participants believe that the worst of the health and financial and economic crises are now behind us … and if we’re past the worst of it, then commodity currencies tend to do well and the U.S. dollar tends to do poorly,” he said.