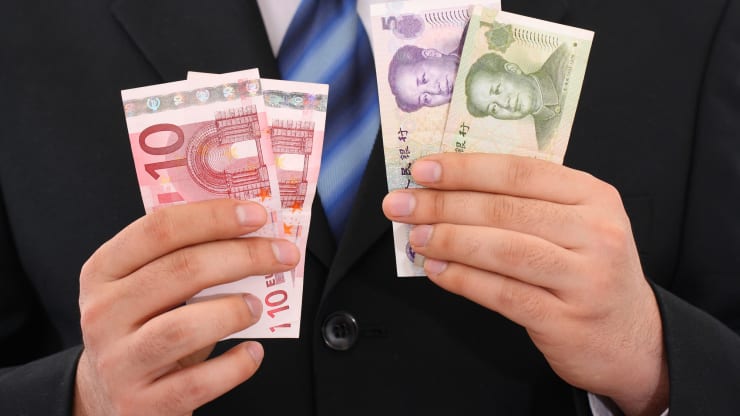 The euro and Japanese yen on Tuesday largely held gains made against the dollar this week after disappointing manufacturing data and signs of new fronts in U.S. President Donald Trump’s trade war rattled greenback investors.
Moves in currency markets were broadly contained, however, with volatility remaining low and investors not appearing to take much fright at news of U.S. tariffs on imports of metals from Argentina and Brazil and the threat of more tariffs on a range of European goods.

“As long as there is no game changer in the trade conflict…the market considers Trump twitters of this nature to be just background noise that can simply be ignored,” Commerzbank analysts said in a note.

“Nonetheless uncertainty has no doubt risen again as to what will happen in mid-December now that everything seems possible again between the two opponents,” they added, referring to a deadline when the U.S. is set to apply more tariffs on Chinese imports.
The euro has recovered from a three-week low against the dollar of $1.0981 on Friday, moving as high as $1.1091. On Tuesday it was flat on the day at $1.1076.
The yen also held most of its gains, a reversal from a six-month low plumbed before Trump’s tariff announcements. The dollar last traded at 109.08 yen, down from Monday’s 109.73.
Of more concern for the dollar’s fortunes may be Monday’s weak manufacturing reading for the U.S. economy, analysts said.

The U.S. Institute for Supply Management said its index of national factory activity fell 0.2 points to a below-forecast 48.1 in November. Separate data showed construction spending fell in October as investment in private projects tumbled.
The readings surprised economists who had recently raised U.S. growth forecasts for the fourth quarter.
“The weak data forced a lot of people to give up dollar longs and cut losses,” said Daiwa Securities’ foreign exchange strategist Yukio Ishizuki in Tokyo.
“This may have run its course, but there’s no reason to chase the dollar’s upside from here. Trade friction remains a lingering threat, which is not good for market sentiment.”
The Australian dollar, which is very sensitive to the global growth outlook given its large export dependence on China, hit a three-week high after the Reserve Bank of Australia’s decision to keep interest rates on hold.
The Aussie surged on Monday on better-than-expected economic survey data in China. The currency was last up 0.3 percent at $0.6841, while the New Zealand dollar also made solid gains.
Sterling rallied 0.2 percent against the dollar and the euro as the latest poll showed an increase in the Conservative Party’s lead over the opposition Labour Party.