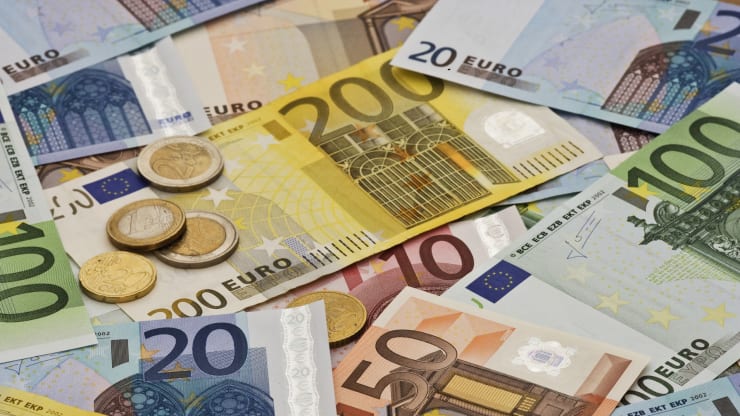 The euro was pinned near a three-year low versus the dollar ahead of a highly watched German survey on Tuesday, which is expected to show a sharp slump in investor confidence and fuel growing pessimism about the outlook for Europe’s largest economy.

Financial markets clung to tight ranges following a U.S. public holiday on Monday, shifting the investor focus to European news and developments in the coronavirus crisis.

Among Asian currencies, the Australian dollar slipped below the 67 U.S. cent level after minutes from the central bank’s last meeting revived the prospect of policy easing, while the Chinese yuan was weighed by worries about the economic fallout from the coronavirus epidemic.

Sentiment for the euro has worsened dramatically this month after weak manufacturing and gross domestic product data from Germany suggested that the euro zone is more vulnerable to external shocks that previously thought.

“The euro is close to testing an important support level at $1.08 due to the diverging economic outlook between the euro zone and the United States,” said Junichi Ishikawa, senior foreign exchange strategist at IG Securities in Tokyo.

“It looks a little oversold, so in the very short-term there could be a bounce, but the euro’s fundamentals still point more to the downside.”

Since the start of February, the single currency has lost 2.4% versus the greenback as disappointing economic data raised concerns that euro zone monetary policy will have to remain accommodative for much longer.

The euro’s next hurdle is the release of Germany’s ZEW survey later on Tuesday, which is forecast to show economic sentiment slipped from the highest since July 2015.

Sterling also nursed losses against the dollar and the euro due to worries about economic ties between Britain and the European Union as both sides laid out conflicting views on how to proceed with trade negotiations.

The pound held steady at $1.2998 in Asia on Tuesday following a 0.3% decline in the previous session. Sterling was quoted at 83.35 pence per euro, nursing a 0.4% decline on Monday.

Prime Minister Boris Johnson’s Europe adviser David Frost said on Monday Britain would not be threatened into following EU rules to win a free trade agreement with the bloc.

Frost’s comments contrast with those of European Commission President Ursula von der Leyen, who has called on Britain to guarantee fair competition based on ambitious environmental and labour standards.

Britain left the EU last month and the two sides will now start negotiating a new relationship from trade to security.

The onshore yuan fell 0.2% to 6.9956 versus the dollar, unsettled by a decline in Chinese shares after Apple Inc said it will not meet sales targets because the virus epidemic has slowed production and demand in China.

China’s Hubei province, considered the epicentre of the coronavirus outbreak, said new cases of the illness fell slightly to 1,807 on Monday from 1,933 the previous day, although global experts warn it is still too early to say the outbreak is being contained.

Currency traders are cautiously monitoring new data on the virus given uncertainty about the actual number of cases and difficulties in estimating when the epidemic will peak.

The yen, which initially gained on safe-haven flows as the outbreak unfolded last month, nudged higher to 109.73 per dollar but remained in a narrow range.

The Australian dollar fell 0.35% to $0.6693 after minutes from the Reserve Bank of Australia’s first meeting of the year showed policymakers discussed easing policy.

The RBA kept rates unchanged at an all-time low of 0.75% at that meeting, but the minutes showed central bankers are prepared to ease policy further if needed.

The antipodean currencies have been buffeted by the virus due to Australia’s and New Zealand’s extensive trade ties with China, with commodities, tourism and education especially vulnerable.