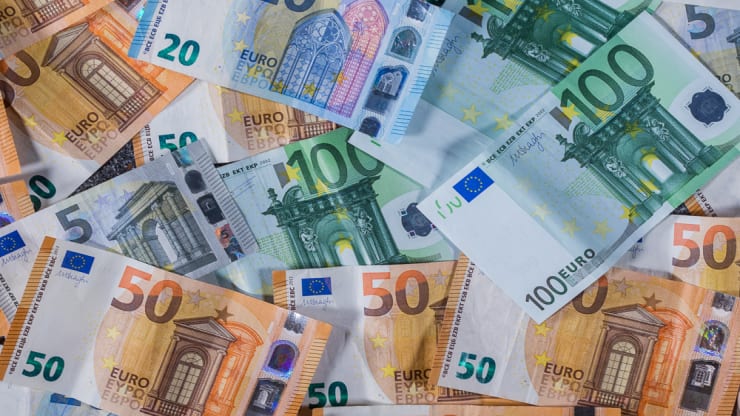 The euro held firm on Wednesday, basking in the afterglow of a Franco-German proposal for a common fund that could move Europe closer to fiscal union while the yen languished near five-week lows amid mildly positive risk sentiment.
The euro inched up 0.15% to $1.0940, near a two-week peak of $1.09755 reached the previous day, a break of which could open the way for a test of its May 1 high of $1.1019.

The common currency also fetched 1.0615 franc, after rising almost 1.0% so far in the week, and could book its first monthly gain in six if the uptick is sustained.
Against the yen, it stood near five-week highs of 118.20 yen.
“The Franco-German agreement is big news. This has made it difficult for speculators to close their short positions on the currency,” said Kyosuke Suzuki, director of forex at Societe Generale.
France and Germany proposed on Monday a 500 billion euro ($543 billion) Recovery Fund to offer grants to regions and sectors hit hardest by the coronavirus pandemic and to allow borrowing by the European Commission on behalf of the whole EU.
The proposals could move the European Union a step closer to a transfer union that would help mitigate various economic imbalances in the currency bloc.

But they could face opposition from some wealthy and fiscally conservative nations and some analysts cautioned it is too early to tell whether an agreement can be reached soon.
“It is a big step for large scale European fiscal support that Germany has changed its stance. But a EU-wide agreement still does not look easy,” wrote Keiko Tasaka, senior economist at SMBC Nikko Securities.
The U.S. dollar tacked on 0.1% against the yen to 107.78 yen, near a five-week high of 108.085 hit in U.S. trade on Tuesday.
The safe-haven yen was on the back foot as broad market risk sentiment stayed upbeat, with U.S. stock futures gaining 0.7% in Asia, paring much of the losses triggered after a report from medical news website STAT said early data from Moderna Inc’s Covid-19 vaccine was insufficient.
That report had poured cold water on optimism sparked a day earlier by the company’s announcement on progress in vaccine development. An effective vaccine is seen as the key to normalize the economy to levels before the pandemic.
The dollar index stood at 99.571, essentially stuck in its well-worn range since early April.
Sterling traded at $1.2251, flat so far on the day while the Australian dollar fetched $0.65385, after having hit a two-month high of $0.6585 overnight.