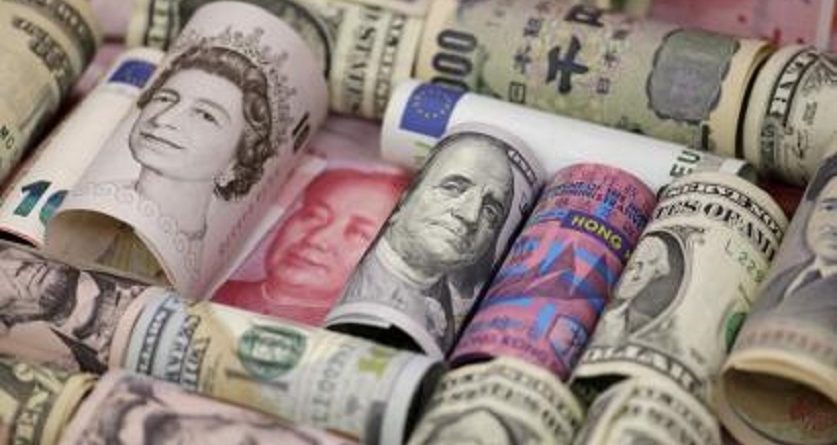 SINGAPORE  – The Japanese yen hit a six-month low on Monday as investors cheered an unexpected rebound in Chinese manufacturing, while a tightening British election race knocked the pound.

The safe-haven yen JPY= fell 0.2% to 109.72 per dollar, its lowest since May, and riskier currencies rallied after two surveys showed Chinese factory activity expanding.
Sterling GBP=D3 was down a quarter of a percentage point at $1.2913 as a clutch of polls pointed to a sharply narrowing lead for the Conservative Party ahead of the Dec. 12 election.
Gains were led by the kiwi, which put on 0.6% against the yen to hit its highest since August NZDJPY= and rose 0.3% on the greenback NZD=D3 to buy $0.6444, its strongest in a month.
“S&P futures are up, there’s a risk-on mood,” said Jason Wong, senior market strategist at BNZ in Wellington.
China’s factory activity expanded at the quickest pace in almost three years in November, a private business survey showed on Monday, following upbeat official data over the weekend.
The Caixin survey also showed total new orders and factory production at buoyant levels.

Even a report from news website Axios, citing a source close to the U.S. negotiating team, saying that tensions in Hong Kong had stalled Sino-U.S. trade talks was not enough to dent the sentiment.
“The market is taking it with a degree of salt, waiting for clarity,” said Rodrigo Catril, senior FX strategist at National Australia Bank in Sydney.
“We keep on getting these unofficial statements,” he said. “No-one is going to be taking major positions until we get more clarity on the trade front.”
China warned the United States last week it would take “firm countermeasures” in response to U.S. legislation backing anti-government protesters in Hong Kong, but has yet to offer any details.
The trade-sensitive Australian dollar AUD= headed for its biggest percentage gain in two weeks, added 0.2% to $0.6774. The greenback held steady against the euro EUR= at $1.1017 and against a basket of currencies .DXY at 98.319.
The possibility of further monetary easing in China – and the lack of firm news on trade – kept the yuan CNY= on an even keel at 7.0301 per dollar.
The next focus will be on manufacturing surveys in Europe and the United States later in the day.

“These things tend to move in unison,” said Matt Simpson, senior market analyst at Gain Capital in Singapore.
“So if we got a positive readout from China, it’s quite likely we’ll get positive reads from Europe later today, in which case you’re looking at long euro,” he said.
“You’d only have to come a tick or two higher above expectations and you’ve got upside, arguably, for the euro.”