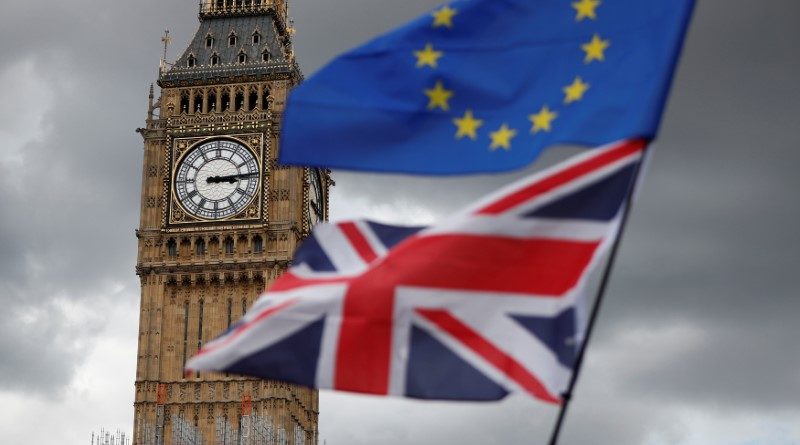 The British pound edged down in early trading in Europe on Monday after an anti-climactic weekend in London that saw the moment of truth fo Prime Minister Boris Johnson’s Brexit deal with the EU ‘s pushed back once again. Johnson’s minority government reportedly wants to present the same agreement to parliament again, but is likely to be stopped on procedural grounds by the House of Commons speaker, on the basis that the same motion can’t be debated twice in a session. Another alternative is for Johnson to draft a bill enacting his deal formally in U.K. law. However, it is not clear that such a bill would pass in the House, given that Johnson has now lost the support of the Northern Irish Democratic Unionist Party. By 3:45 AM ET (0745 GMT) GBP/USD was down 0.3% at $1.2930, while GBP/EUR was down less than 0.1% at 1.1587. The correction is a modest one and sterling is still close to its highest level in months after recent developments appeared to bring the end of the Brexit saga in sight. “Boris Johnson needs a stable working majority to get this over the finishing line ,” wrote Nordea market analysts in a weekly note. “Can he get a stable working majority? We are far from sure.” Nordea’s base case is that the final Brexit deadline is pushed back from Oct. 31 to early 2020, to allow time for a general election. Elsewhere, the dollar strengthened against the yen after Japan’s exports fell for the 10th month in a row, a result not only of a weakening Chinese economy, but also an increasingly bitter dispute with South Korea over historical grievances, which has led both countries to impose trade-restricting measures. The dollar index, which measures the greenback against a basket of developed-market currencies, was broadly flat at 97.055, after a week in which Brexit-driven gains by the pound and euro drove it to its lowest in nearly three months.