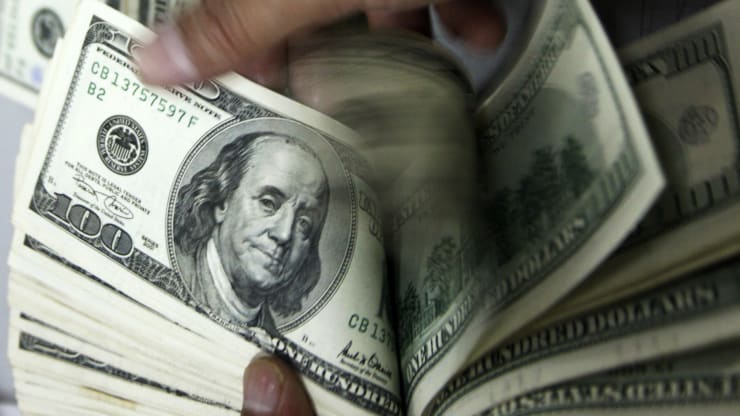 The dollar and riskier trade-exposed currencies found some support on Friday as fresh hopes for a breakthrough in U.S.-China trade talks were tempered with caution.
White House economic adviser Larry Kudlow said late on Thursday that the two parties were getting close to a deal and the “mood music is pretty good.”

He offered no new details, but the sentiment was enough to reverse a little of the safe-haven Japanese yen’s overnight gain and to buoy the Australian and New Zealand dollars.
The yen fell 0.2% to 108.57 per dollar and dropped 0.3% on the rising Aussie.
The Australian dollar, which had tumbled on Thursday after an unexpected rise in the national unemployment rate, added 0.2% to $0.6795.
The New Zealand dollar rose 0.1% to $0.6388. China’s yuan rose 0.2% but remained just shy of strengthening past the 7-per-dollar level at 7.0076.
Against a basket of six major currencies the greenback was steady at 98.140 as caution and the lack of concrete news in Kudlow’s remarks kept a lid on risk appetite.

“It may not be a game-changer,” said Terence Wu, a treasury strategist at OCBC Bank in Singapore. “Thus, we think any reversal in the risk-off trades may not see a good shelf-life.”
Mixed signals on trade negotiations have abounded in recent days while evidence of the damage the dispute is wreaking on the global economy has mounted.
The next scheduled economic updates are Eurozone trade and inflation data due at 1000 GMT and the New York Fed manufacturing survey due at 1330 GMT.
On Thursday, China’s commerce ministry said the two countries are holding “in-depth” discussions, while U.S. President Donald Trump said on Tuesday a deal was close.
But the Financial Times, citing unidentified people close to the talks, said an agreement may not be reached in time to avoid a new round of U.S. tariffs taking effect on Dec. 15.
Sub-par growth figures on Thursday from China and Japan, followed by lackluster updates in Britain and Europe underlined the potential downside if a deal falters.
Few are game to make a decisive call either way.
“Until we’ve got the word from Donald Trump, no-one’s really willing to get in front of it,” said Jason Wong, senior market strategist at BNZ in Wellington.
The British pound, meanwhile, sat near peaks scaled overnight.
Sterling touched a six-month high against the euro and gained on the dollar as expectations that Britain’s ruling Conservative Party might win a majority in a Dec. 12 election fueled optimism the Brexit impasse will finally end.
The pound stood at $1.2880 and at 0.8559 pence per euro in Asian trade.
“Markets now appear to be priced for a high likelihood of a majority Conservative government,” RBC Chief Currency Strategist Adam Cole said in a note.