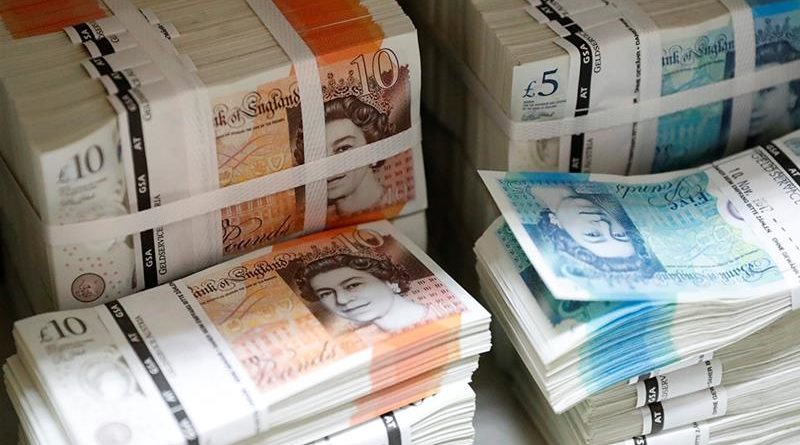 The pound hit multi-year highs against peers on Friday as early UK election results pointed to a convincing Conservative win, which is expected to clear the Brexit political gridlock that has hounded Britain’s markets for years. The lifting of one major cloud hanging over currency markets came amid signs another might be clearing with reports of a breakthrough in China-U.S. trade negotiations pushing the Chinese yuan to a four-month top and nudging the Australian and New Zealand dollars higher. The early UK poll results suggest the election will relieve almost four years of uncertainty about when Brexit would take place. “We’ve already seen a strong reaction in the pound from the exit poll,” said Michael McCarthy, chief market strategist at CMC Markets in Sydney. “We also see a rise in stock futures in reaction to two very important pieces of news for markets. This should support global growth. The yuan can also go higher, but it depends on how much dollar strength we get.” Against the euro, sterling rose around 2% to as high as 82.80 pence, the highest since July 2016, which is shortly after the Brexit referendum that hammered the currency. The pound surged more than 2% to reach $1.3516, the highest since May 2018, before settling at $1.3482. Sterling had plunged more than 10% in the immediate aftermath of Britain’s vote to leave the European Union in June 2016, while $2 trillion was wiped off world markets. The exit poll, which suggested UK Prime Minister Boris Johnson would get a majority of 86 — the largest of any Conservative leader since Margaret Thatcher won in the 1980s — should empower him to deliver Brexit on Jan. 31. However, even if Brexit is completed on Jan. 31, there is still some uncertainty because Britain will then enter a transition period during which it will negotiate a new relationship with the remaining 27 EU states. In Asian currencies, the yuan gaped higher and the Japanese yen fell after a source told Reuters that the United States and China have agreed some tariff reductions and a delay in U.S. tariffs on Chinese goods set to go effect on Dec. 15. A successful scaling back of trade tension would relieve one major headwind to global economic growth, which suggests lower demand for the safe-haven yen. Avoiding new tariffs should also be a boost to China’s slowing economy, which should draw more investors to the yuan. In the onshore market, the Chinese yuan surged to 6.9570, the strongest level since Aug. 2. In the offshore market, the yuan pulled back slightly to 6.9642 per dollar, after surging more than 1% on Thursday to the highest since Aug. 1 due to relief about a resolution to trade friction. The Australian dollar rose 0.16% to $0.6923 after briefly touching the highest since July. The New Zealand dollar also jumped to $0.6636 to reach the highest since July. As part of the trade deal, China has also agreed to purchase $50 billion of U.S. agricultural goods next year, sources familiar with the talks told Reuters. The yuan rallied and the yen fell sharply late on Thursday after Bloomberg News reported that U.S. President Donald Trump signed off on a trade deal with China that will delay a new round of tariffs scheduled for Dec. 15. Talks between the world’s two economic superpowers have been fractious, so investors are focused on official confirmation of the deal from both sides to be sure that an agreement is actually in place. The trade dispute between the United States and China over Chinese trading practices has dragged on for almost two years, and is one of the biggest risks to the global economy. Against the dollar, the yen fell to 109.595, the weakest since Dec. 2. The euro rose 0.4% to $1.1177, slightly below its highest since Aug. 13. The common currency got a boost against the greenback after the European Central Bank’s new president, Christine Lagarde, made upbeat comments about the euro zone economy in her first press conference on Thursday. The dollar index against a basket of six major currencies fell 0.67% to 96.749, approaching the lowest since July this year. Source:CNBC