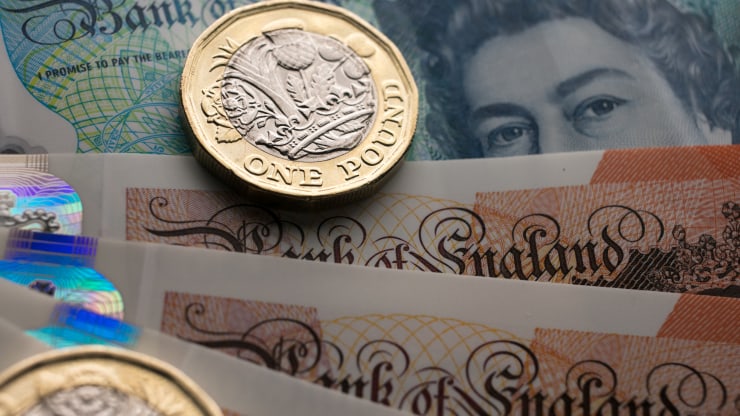 The British pound fell on Tuesday after reports UK Prime Minister Boris Johnson was seeking a hard line on Britain’s transition period after Brexit, while the Aussie dollar dropped on a downbeat tone from the nation’s central bank.

Sterling dropped as much as 0.7% to $1.3236, as its Friday’s 1-1/2-year peak of $1.3516 looked increasingly like a near-term peak following the massive relief rally after last week’s UK election.
Johnson’s revised Withdrawal Agreement Bill would require the United Kingdom to have arrangements to leave the European Union be in place by Dec. 31 next year, UK broadcaster ITV reported on Monday.
The move dashes hopes Johnson would take a flexible approach to the end-2020 deadline for a trade deal with the EU after Britain leaves the bloc, which now looks almost certain to happen on Jan. 31 following the landslide Conservative election win.
“Common sense suggests that crafting a trade deal would take at least more than a year, so markets had assumed that the transition period will be extended,” said Masafumi Yamamoto, chief currency strategist at Mizuho Securities.

“It seems like the big majority Johnson won is enabling him to take a hard line approach, which the market doesn’t like so much… Considering the UK economy looks set to deteriorate as people and companies start to leave the country because of Brexit, sterling’s short-covering rally is over,” he added.
The pound last stood at $1.3286, down 0.3% from late U.S. levels.
The Australian dollar lost 0.2% to $0.6868 after the Reserve Bank of Australia opened the door to another cut in interest rates as early as February, should household incomes stay depressed or the labor market takes a turn for the worse.
Minutes of its December policy meeting out on Tuesday, showed the central bank’s board was concerned that wage growth was too weak to revive either inflation or consumption.
Other major currencies saw limited moves as investors sought more details on an interim trade deal the United States and China struck last week. The deal has broadly capped safe-haven currencies, such as the yen, and supported risk-sensitive currencies.
Against the yen, the dollar traded at 109.56 yen, up 0.05% from late U.S. levels, having gained 0.15% on Monday to edge near six-month high of 109.73 hit on Dec. 2.
The euro stood at $1.1147, maintaining its uptrend from its seven-week low of $1.1098 touched on Nov. 29.
The deal, announced on Friday after more than two-and-a-half years of volatile negotiations between Washington and Beijing, will reduce some U.S. tariffs on Chinese goods in exchange for increased Chinese purchases of some U.S. goods.
“There is some scepticism, but on the whole, the deal is likely to lift corporate sentiment. Even though we may not see lively market moves in coming couple of weeks due to holiday seasons, we are likely to see gradual rise in risk assets,” said Masaru Ishibashi, joint general manager of trading at Sumitomo Mitsui Bank.
“Some emerging market currencies are already starting to price that in,” he added.
The Mexican peso rose to a five-month high of 18.921 per dollar, also helped by a new trade deal with the United States and Canada signed last week to replace the 1994 North American Free Trade Agreement (NAFTA).
Economic data from the United States also underpinned the improved mood around the global economy.
Data out on Monday showed the U.S. economy remained robust, with U.S. home builder sentiment surging to its most optimistic reading in more than 20 years, way past market expectations for a flat reading.