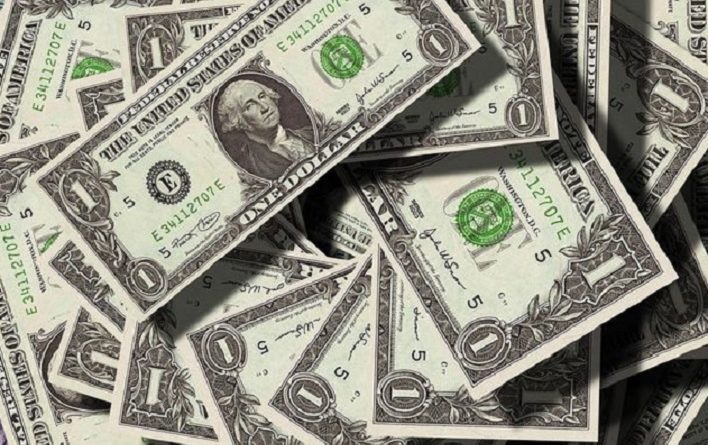 The U.S. dollar slipped to a fresh eight-week low as traders bet the U.S. Federal Reserve will cut interest rates further, after slashing them by 50 basis points this week in an emergency move to shield the economy from the effects of coronavirus.

Monetary policy easing in the United States fueled by worries about the economic impact of the coronavirus is endangering the dollar’s years-long rally and giving a boost to currencies around the world.

On Thursday, the dollar index =USD, which measures the greenback’s strength against a basket of six other major currencies, was about 0.5% lower at 96.99, after slipping to a low of 96.886, its weakest since Jan. 8.

Money markets were pricing in another 25 basis point cut from the current 1% to 1.25% range at the next Fed meeting on March 18-19 and a 50 basis points cut by April.

“The cuts were emergency so it’s worth wondering, will the Fed strike again like this or will they telegraph another move? It seems like they’re willing to help at any point, thus the lack of faith in the buck is understandable,” said Juan Perez, senior foreign exchange trader and strategist at Tempus Inc in Washington

The fast-spreading virus, which emerged late last year in central China, is now in some 80 countries and has killed more than 3,000 worldwide. The U.S. death toll from coronavirus infections rose to 11 on Wednesday as new cases emerged around New York City and Los Angeles, while Seattle-area health officials discouraged social gatherings amid the nation’s largest outbreak.

Against the Japanese yen JPY=, which tends to attract investors during times of geopolitical or financial stress as Japan is the world’s biggest creditor nation, the dollar slipped to a five-month low and was last at 106.69 yen.

The dollar found little support from data that showed the number of Americans filing for unemployment benefits fell last week, suggesting the labor market was on solid footing despite the coronavirus outbreak.

The Canadian dollar weakened against its U.S. counterpart on Thursday, a day after the Bank of Canada delivered its biggest interest rate cut in more than 10 years and signaled it was ready to ease further because of the coronavirus outbreak.

Sterling gained 0.4% against the greenback as expectations waned for an immediate Bank of England rate cut to follow this week’s emergency move by the Fed.

Incoming BoE governor Andrew Bailey dampened expectations of an inter-meeting cut late on Wednesday, telling lawmakers the central bank should wait until it has more clarity about the economic hit from the outbreak.