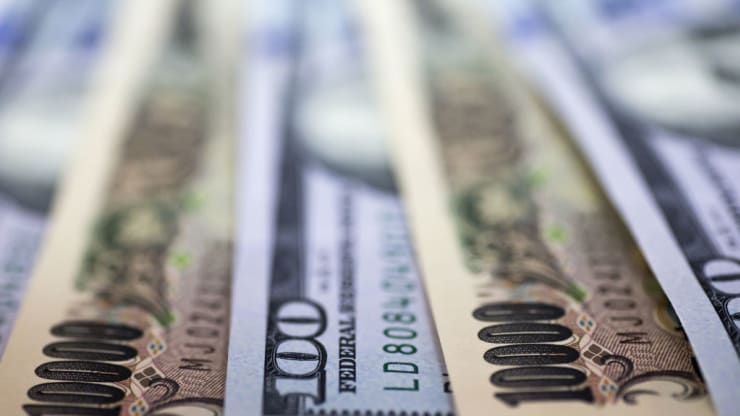 The safe-haven yen touched a three-month high on Monday and gold jumped as investors fretted that the killing of Iran’s most prominent military commander by the United States could trigger a broader Middle East conflict.
U.S. President Donald Trump warned of a “major retaliation” if Iran hit back, while Iran’s replacement commander vowed to expel the United States from the region.

“I think markets are going to remain pretty nervous on potential Iranian retaliation and what Trump might do next,” said National Australia Bank’s head of FX strategy, Ray Attrill.
On Sunday, Iran further distanced itself from the 2015 nuclear agreement with world powers, which the United States withdrew from in 2018, saying it would continue to cooperate with the U.N. nuclear watchdog but would respect no limits to its uranium enrichment work.
The yen, regarded as a haven in times of market turmoil by virtue of Japan’s status as the world’s biggest creditor, rose as much as 0.3% to 107.82 per dollar early in Asian trade, its strongest since October 2019.
It handed back most of those gains later though, even as gold gained and stocks slid.
“It’s a wait-and-see but it’s very tense,” said Sean MacLean, research strategist at Pepperstone, a brokerage in Melbourne.

The Swiss franc rose 0.1% to 0.9712 francs per dollar, while the euro and pound were steady.
The dollar crept higher against riskier currencies such as the Aussie and the kiwi. Against a basket of currencies the greenback steadied at 96.852.
Spot gold was 1.6% higher, at an almost seven-year high, and oil rose on fears any conflict in the region could disrupt global supplies.
The moves extended a flight to safety that began on Friday, after Iranian Major-General Qassem Soleimani was killed on Friday in a U.S. drone strike on his convoy at Baghdad airport.
The attack took U.S.-Iranian hostilities into uncharted territory, stoking fears of a major conflagration.
The Australian dollar/yen pair – a gauge of risk sentiment because the Aussie is an export-oriented currency compared with the yen’s safety status, has been among the biggest movers, with the yen rising 1.1% since Friday.
U.S. Secretary of State Mike Pompeo said Washington would target any Iranian decision-makers it chose if there were further attacks on U.S. interests by Iranian forces or their proxies.
The European Union, Britain, and Oman, meanwhile, urged the two sides to make diplomatic efforts to defuse the crisis.
“The last thing markets want is a move from a tit-for-tat tariff war to sabre-rattling in the Gulf,” a strategist at Singapore’s DBS Bank wrote in a note on Monday.
Weak showings in factory activity surveys in Japan and China on Monday only added to gloom over the outlook for global growth after a disappointing U.S. manufacturing readout on Friday.
Service sector surveys in Europe, due later on Monday and a U.S. non-manufacturing survey due on Tuesday were also in focus.
So too were November trade, construction approvals and retail figures for Australia through the week, ahead of a central bank meeting in a month.