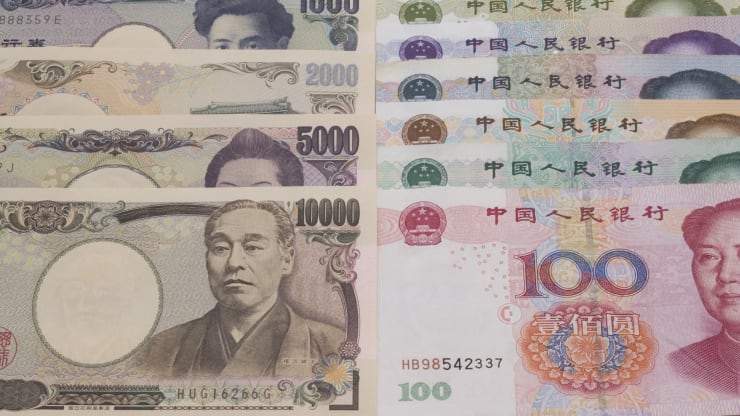 The dollar edged up slightly against the yen while risk-sensitive currencies held firm on Thursday, buoyed by optimism of easing trade tensions between the United States and China and signs of recovering global growth.

Beijing said on Wednesday it is in close touch with Washington on a trade deal signing ceremony, a day after U.S. President Donald Trump said that he and Chinese President Xi Jinping will have a ceremony to sign the recently struck trade deal.

“There have been some doubts over whether they can really sign a deal. But this week China has announced cuts in its tariffs while Trump also talked about a ceremony for the deal. So it feels more likely that the deal will come through,” said Ei Kaku, currency strategist at Nomura Securities.

The Australian dollar held firm at $0.6927, a shade below its four-month peak of $0.6939 touched earlier this month while the kiwi traded at $0.6648, near its highest level in five months.

However, traders have taken a positive lead after Washington and Beijing struck an interim agreement on trade earlier this month, which is expected to continue to underpin risk assets.

Surveys on manufacturing activity in many countries have also shown signs of a bottoming out in recent months.

In currency markets, stronger risk appetite usually translates to more selling in safe-haven currencies, such as the yen, against currencies leveraged more to growth, particularly that in China, such as the Australian dollar.

“While global share prices have been rallying, the currency market has seen limited reaction so far but I think currencies will have a catch-up to do,” said Koichi Kobayashi, chief manager of forex at Mitsubishi UFJ Trust Bank.

The offshore yuan strengthened slightly to 6.9905 yuan per dollar.

“I think it could reach the 6.8 handle when the deal is officially signed,” said Nomura’s Kaku.

Also mildly supporting risk sentiment, a report by Mastercard Inc showed on Wednesday that U.S. holiday sales rose a brisk 3.4%, though it was short of a 5.1% increase last year.