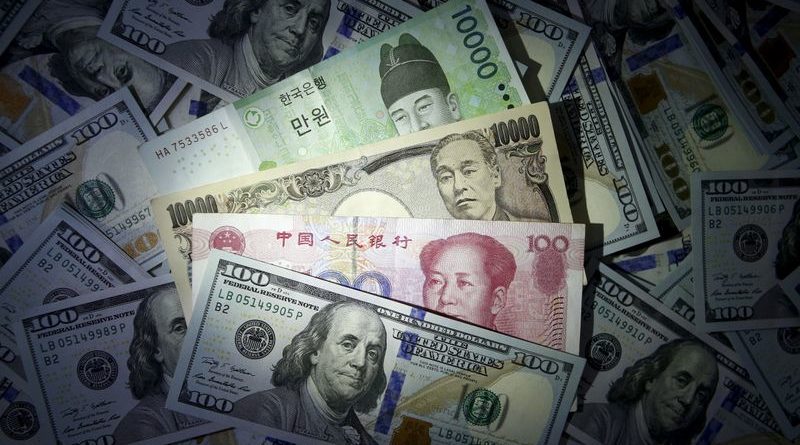 The safe-haven yen eased slightly on Wednesday amid signs China was looking to fend off economic threats from the coronavirus, which supported investor confidence as the outbreak’s spread appeared to slow.

China posted the lowest daily rise in new infections since Jan. 29, seen by some investors as an indication containment efforts were working.

Meanwhile, a Bloomberg report, citing sources, that China is considering cash injections or mergers to bail out airlines hit by the virus also supported appetite for risk.

That pushed the yen to the weaker side of 110-per-dollar and gave a little boost to Asia’s export currencies.

China’s yuan CNY= remained on the backfoot, however, touching a two-week low after the central bank fixed a softer-than-expected trading band, and as investors expected further monetary easing.

“It’s a tug of war between wait-and-worry and being relieved that the infection rate is slowing down,” said Bank of Singapore currency strategist Moh Siong Sim.

“The specific moves this morning are related to more policy help from China…there’s some relief that more help is on the way and that is restoring some positivity to the market.”

The new coronavirus has caused 2,004 deaths in China and infected more than 74,000 people.

Measures to contain it have paralyzed the economy and markets remain on edge as the extent of damage to regional commerce and global supply chains becomes clearer.

The yield curve between U.S. three-month bills and 10-year notes inverted overnight, a bearish economic signal, while firmness in exporter currencies is by no means a rebound.

The New Zealand and Australian dollars both advanced by about 0.1%.

The Antipodean currencies, heavily exposed to China, have lost more than 4.5% against the dollar this year. Norway’s krone, sensitive to global growth via oil exports, has shed 6% and it slumped to an 18-year low overnight NOK=.

Investors are looking to the minutes from the Federal Reserve’s January meeting, due to be released at 1900 GMT, for insight on the Fed’s thinking about virus risks.

European purchasing managers index numbers and part-month Korean export figures, both due on Friday, are also going to be closely watched for any hard signs of economic impact.

Hedge funds are using proxies from port activity to air pollution to gauge the depth of the slowdown in the meantime.

“We assess the risks are firmly skewed toward the negative effects of COVID-19 lasting longer,” Nomura analysts wrote in a note, using the World Health Organization’s designation for the illness caused by the coronavirus.